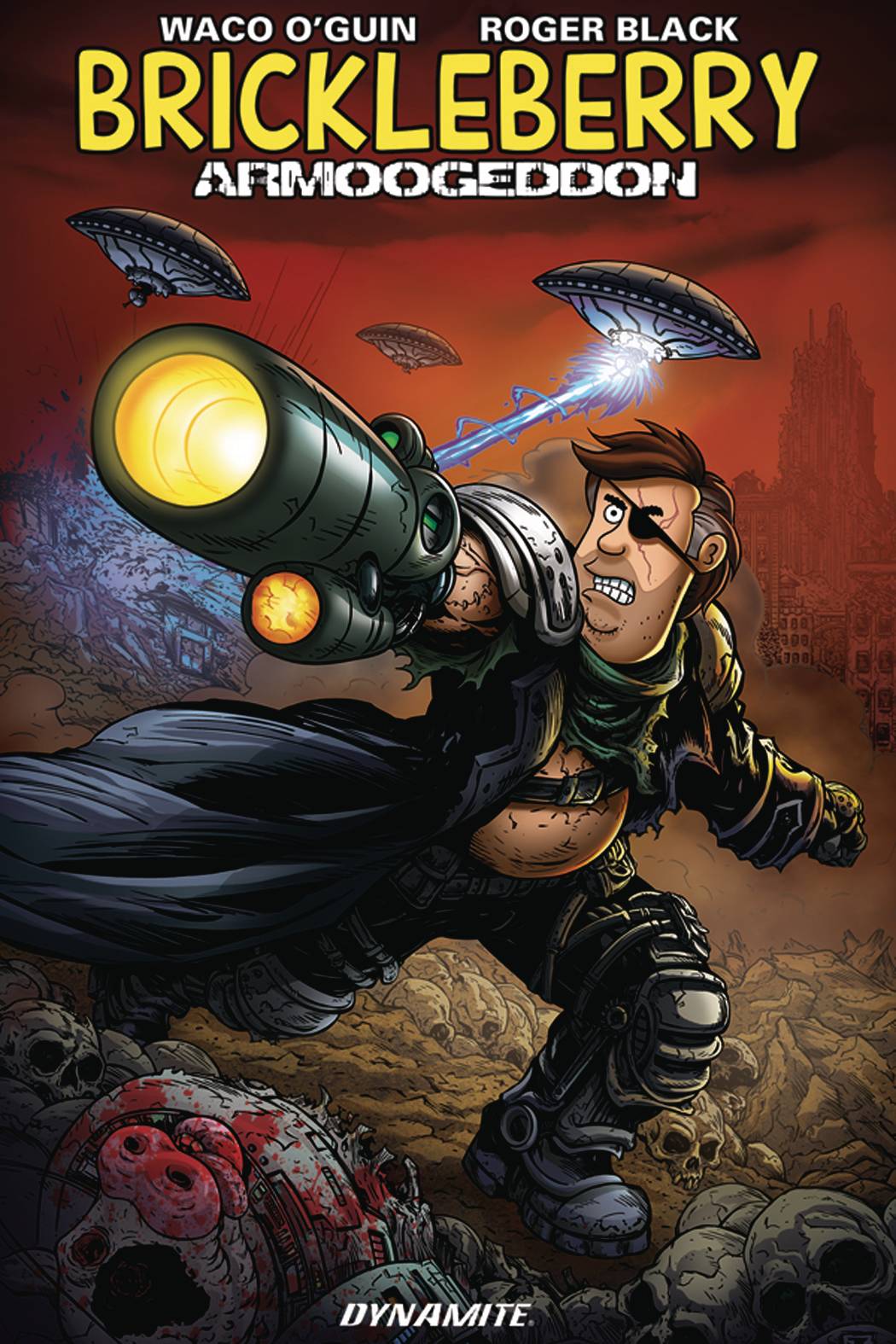 In the distant future, Steve Williams -- the only Brickleberry park ranger who managed to escape death at the hands of the Alien Cow Invasion -- has joined forces with a small group of human rebels in an underground hidden base. With the help of Dr. Kuzniak, Future Steve must travel back in time to the year 2015 and kill head ranger Woody Johnson, whose actions led to the Invasion and the destruction of all humanity. But Denzel Jackson has other plans for Steve's time travel technology, redneck Bobby Possumcods willingly submits to Alien Cow domination, and Connie's advances toward Ethel get... weird.
In Shops: Feb 08, 2017
SRP: $15.99
View All Items In This Series