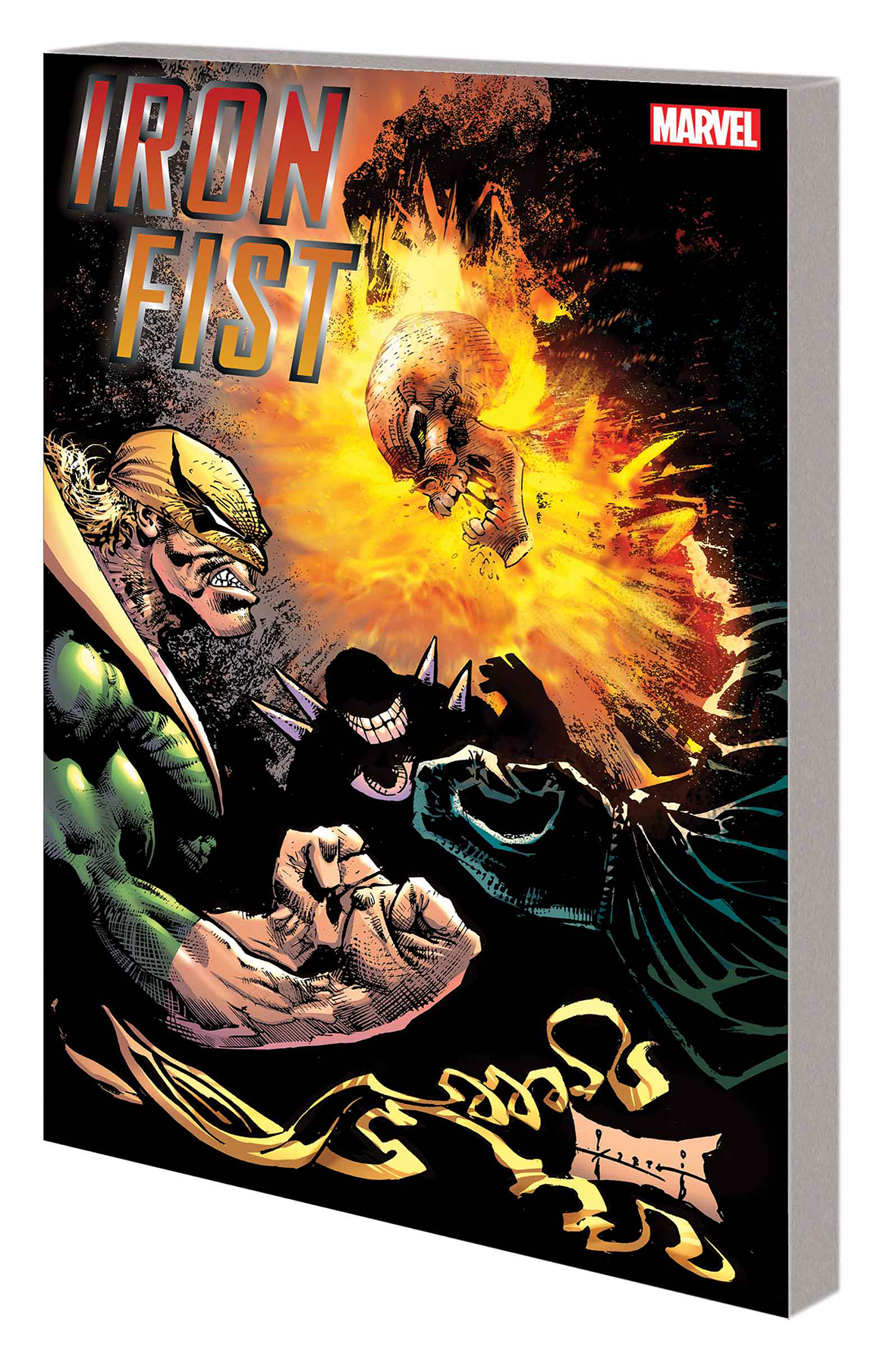 DEC161105
(W) Various (A) Various (CA) Sam Kieth
Iron Fist is back - and he's on a collision course with Spider-Man! But what goings-on at Danny Rand's company could lead him to trade punches with the wall-crawler and the armored Platoon? Danny will fall prey to the mystical cult leader known as the Mad Abbot - unless his will is also like unto a thing of iron! Plus: Fist joins Ghost Rider in pursuit of the violent vigilantes calling themselves the Legion of Vengeance, faces a demonic evil, crosses paths with the Highwayman, rumbles with Rave, and discovers the depths of despair in a fearsome reunion with old nemesis Sabretooth! But will the Book of Changes make Iron Fist a better man? Collecting SPIDER-MAN (1990) #41-43; the Iron Fist stories from MARVEL COMICS PRESENTS (1988) #111, #113-118, #125-137 and #140-141; and material from NAMOR ANNUAL #3.
Rated T
In Shops: Mar 22, 2017
SRP: $34.99