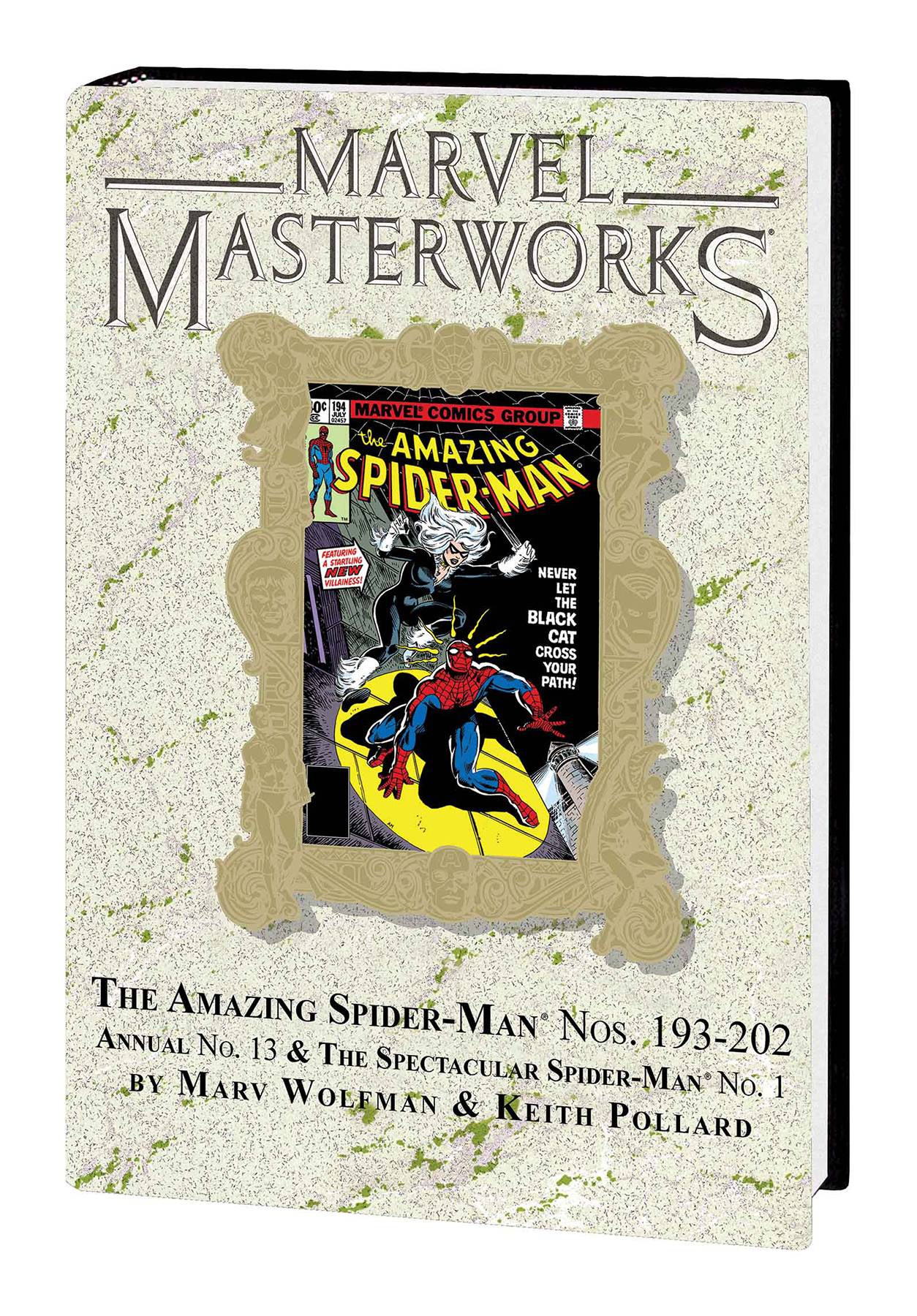 #
DEC161084
(W) Marv Wolfman, Bill Mantlo (A) Various (CA) John Romita
The Amazing Spider-Man swings toward his historic 200th issue! Peter Parker has faced villain after villain during the course of his heroic career, but one moment will forever torment him despite all those victories: the death of his Uncle Ben. And now, our hero is struck low when not only does Aunt May die, but also the man who killed Uncle Ben returns! It's a saga that plumbs the emotional depths of Peter Parker's life like no other. As Spidey struggles through his grief, old villains and new faces emerge: The Kingpin returns, the Black Cat makes her first appearance, Mysterio weaves his illusions, Spidey faces Doc Ock in an Annual extravaganza, and a gang war forces a team-up with the Punisher! Collecting AMAZING SPIDER-MAN (1963) #193-202 and ANNUAL #13, and SPECTACULAR SPIDER-MAN ANNUAL #1.
Rated T
In Shops: Jun 14, 2017
SRP: $75.00
View All Items In This Series
ORDER SUBSCRIBE WISH LIST