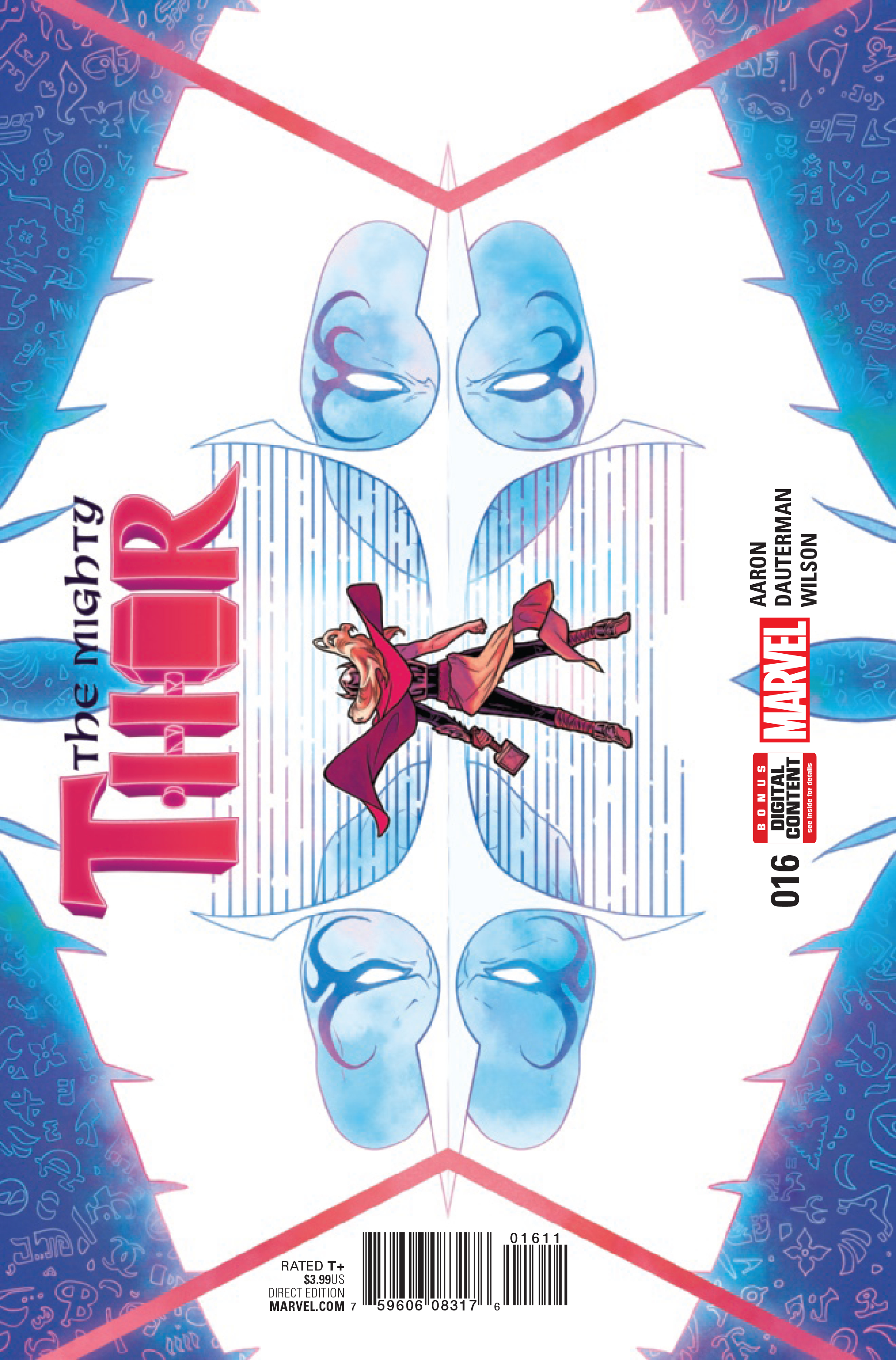 DEC160945
(W) Jason Aaron (A/CA) Russell Dauterman
THE "ASGARD/SHI'AR WAR" HEATS UP!
•  Not all gods are equal, and to prove that they're the mightiest, the Shi'ar gods infiltrated Asgard and kidnapped Thor and forced her to be a contestant in their Challenge of the Gods.
•  The prize? They won't kill the people of Midgard.
Rated T+
In Shops: Feb 15, 2017
SRP: $3.99
View All Items In This Series