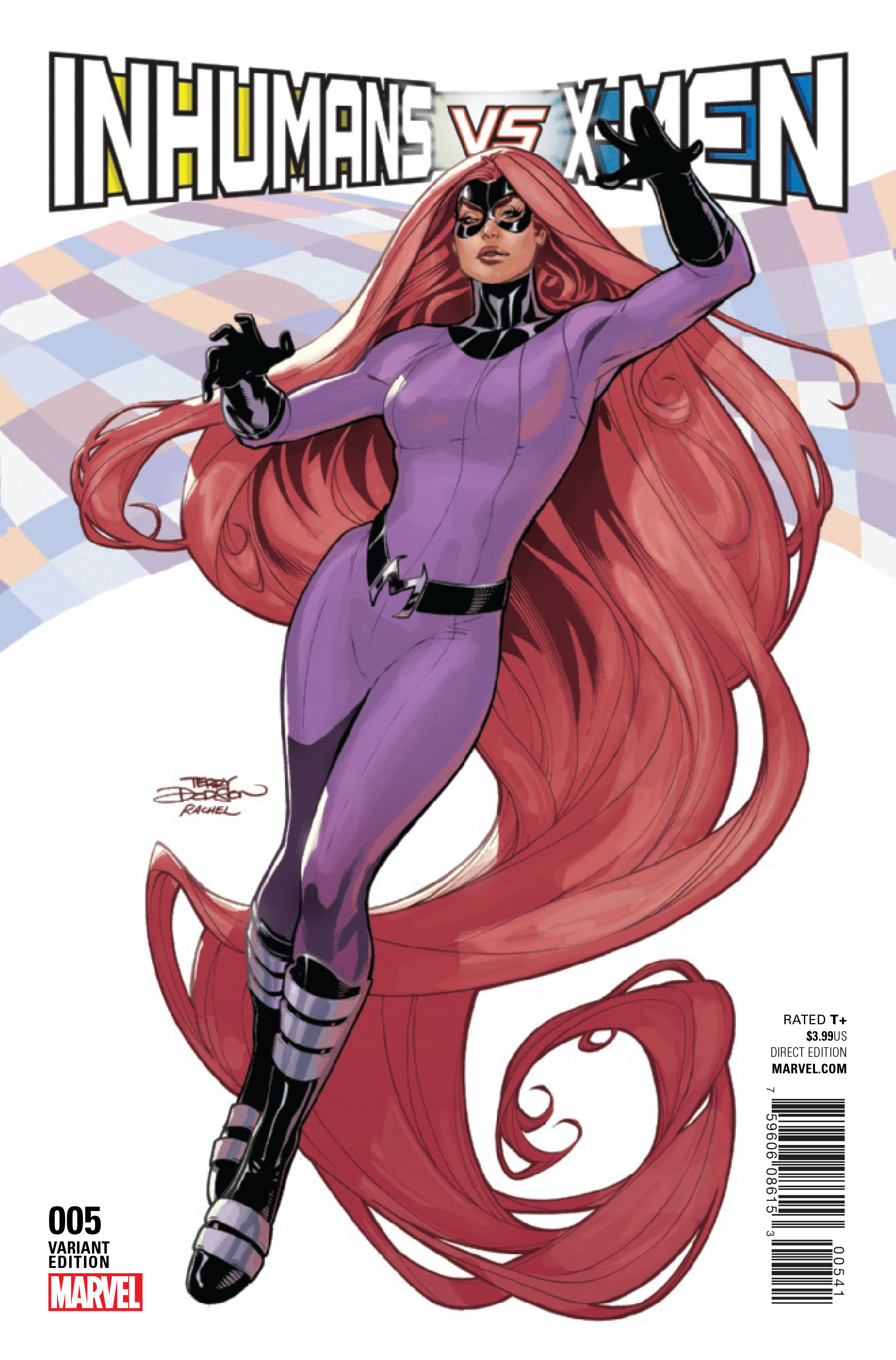 DEC160915
(W) Charles Soule, Jeff Lemire (A) Javi Garron (CA) Terry Dodson
• It's Karnak vs. Fantomex in the world, as Medusa and her team attempt to liberate their secret weapon - Black Bolt.
•  Storms are brewing as the X-Men make their move on the remaining Terrigen Cloud - will they be able to destroy it before it ends their entire species?
Rated T+
In Shops: Feb 22, 2017
SRP: $3.99
View All Items In This Series