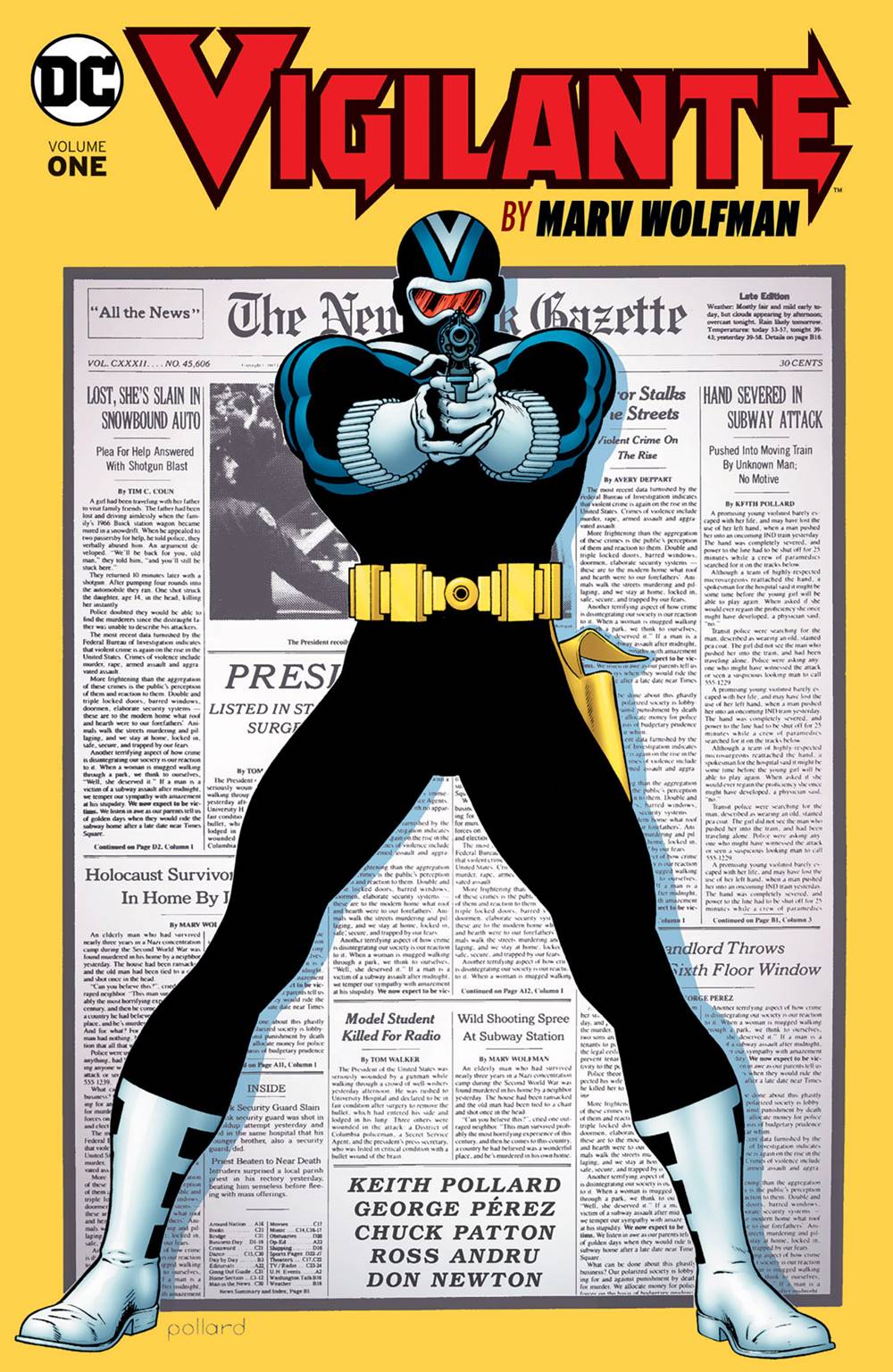 #
DEC160387
(W) Marv Wolfman (A) George Perez, Chuck Patton, Ross Andru, Don Newton, Pablo Marcos, Dick Giordano, Romeo Tanghal, Mike DeCarlo, Rick Magyar, Dan Adkins (A/CA) Keith Pollard
As a district attorney for New York City, Adrian Chase used the legal system to keep the streets safe. But when it came to protecting his own family, that system failed him. After losing his wife and children in a failed assassination attempt, Chase makes the fateful decision to take justice into his own hands!

Concealed beneath a featureless mask and supported by an arsenal of custom weaponry, Adrian Chase becomes the Vigilante-and declares all-out war on criminals, using their own brutal methods against them. But Chase's new vocation comes with a price. Can inflicting violence on others truly heal the pain of his family's death? Or is the Vigilante doomed to become the final casualty of his all-consuming need for revenge?

DC Comics proudly presents the definitive new edition of this iconic antihero's earliest adventures, written by one of comics' most acclaimed writers, Marv Wolfman, and illustrated by a host of the medium's greatest artists! Spinning off from the legendary series THE NEW TEEN TITANS, VIGILANTE BY MARV WOLFMAN VOL. 1 collects THE NEW TEEN TITANS ANNUAL #2 and VIGILANTE #1-11
In Shops: Apr 12, 2017
SRP: $29.99
View All Items In This Series
ORDER WISH LIST