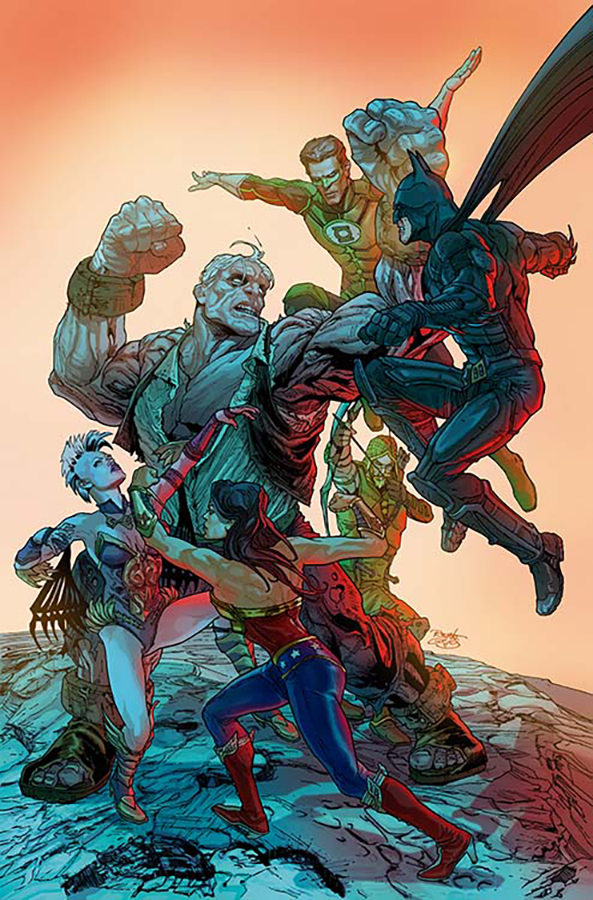 DEC160351
(W) Brian Buccellato, Christopher Sebela (A) Daniel Sampere, Juan Albarran, Marco Santucci (CA) Renato Guedes
In the shadow of Wayne Manor, Shazam and Black Adam are duking it out, while deep underground, Batman and his allies have unearthed the ultimate weapon against Superman from its hiding place. But just as Batman begins to believe he may be able to turn the tide, two of Superman's allies burst into the Batcave and attack! Has the Resistance come this far just to lose again?
RATED T+
In Shops: Feb 15, 2017
SRP: $2.99
View All Items In This Series
ORDER WISH LIST