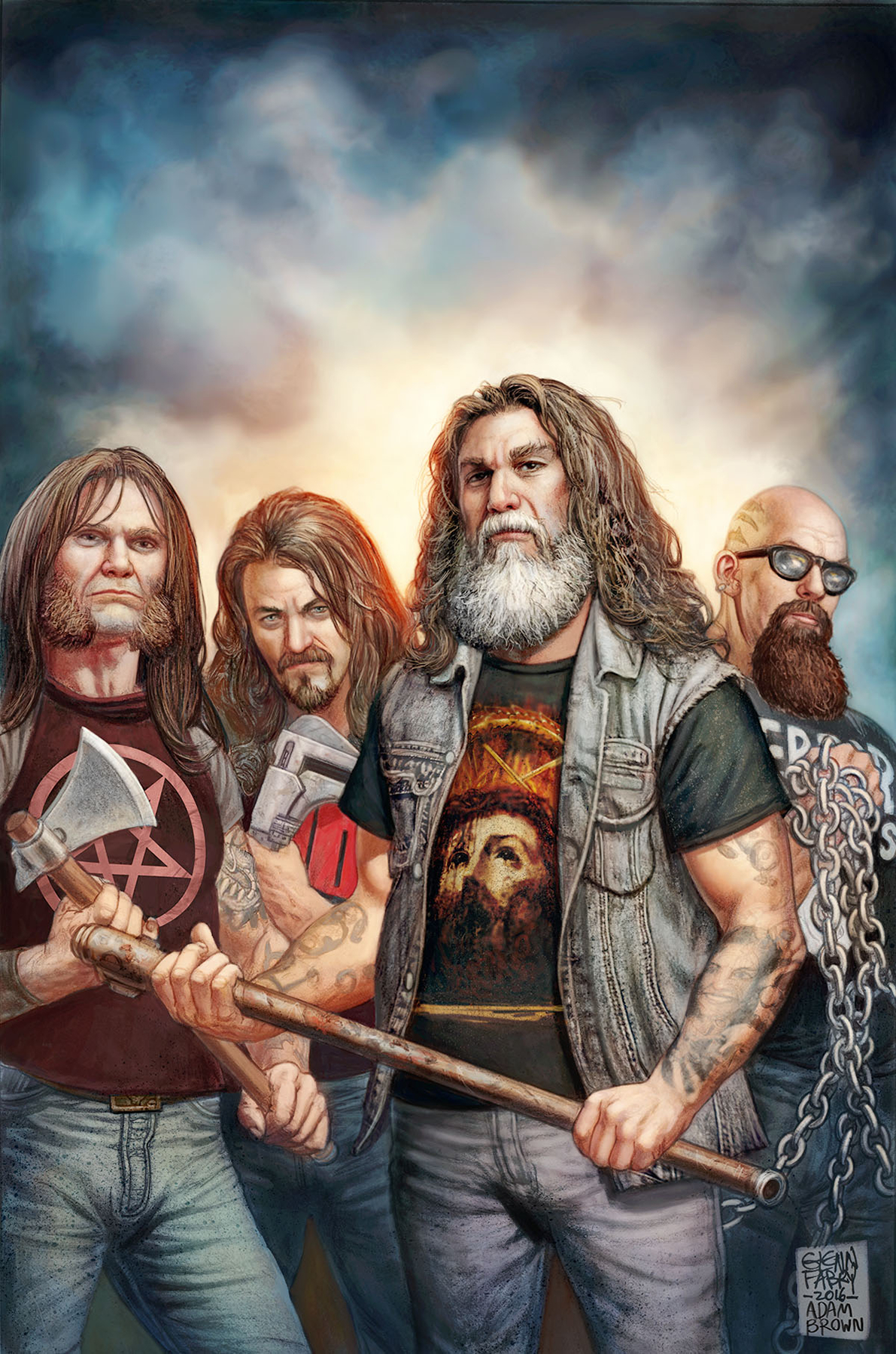 DEC160086
(W) Jon Schnepp (A) Guiu Vilanova (CA) Glenn Fabry, Adam Brown
In as expansion on the shocking Slayer: Repentless video trilogy, former neo-Nazi Wyatt returns the body of his murdered love to her family. But his brother, the merciless leader the of hate group The Cause, plans to teach Wyatt what happens to race traitors . . . a lesson written in blood!
In Shops: Apr 05, 2017
SRP: $4.99
View All Items In This Series