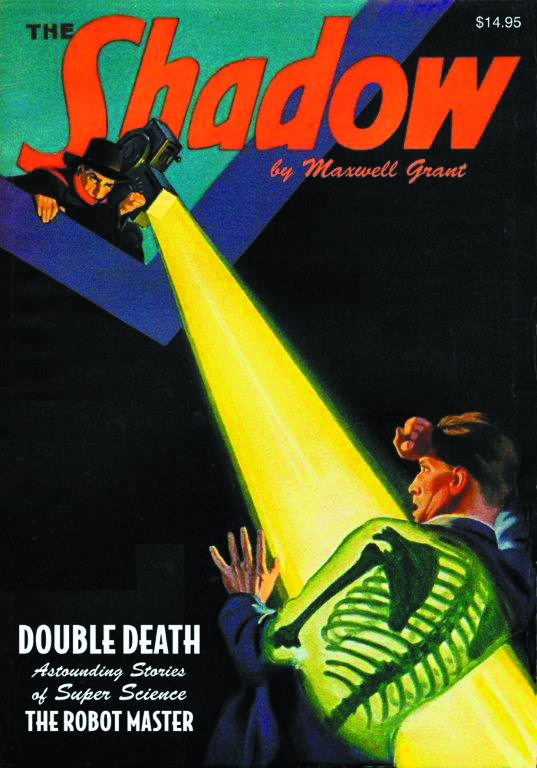 DEC151826
(W) Maxwell Grant, Walter B. Gibson, Will Murray, Ted Tinsley (A) Paul Orban, Edd Cartier (CA) George Rozen, Graves Gladney
The Knight of Darkness proves that "crime does not pay" in startling pulp novels by Theodore Tinsley and Walter B. Gibson! First, disguised as both Lamont Cranston and Kent Allard, The Shadow investigates "Double Death" when a corpse is murdered-a full day after its actual death! Then, the Dark Avenger battles an eight-foot man of steel in "The Robot Master," a change-of-pace super-science thriller. Plus, a rare Iron Munro illustrated adventure by science fiction great Theodore Sturgeon and Golden Age of Comics legend Jack Farr!
In Shops: Mar 02, 2016
SRP: $14.95
View All Items In This Series
ORDER SUBSCRIBE WISH LIST