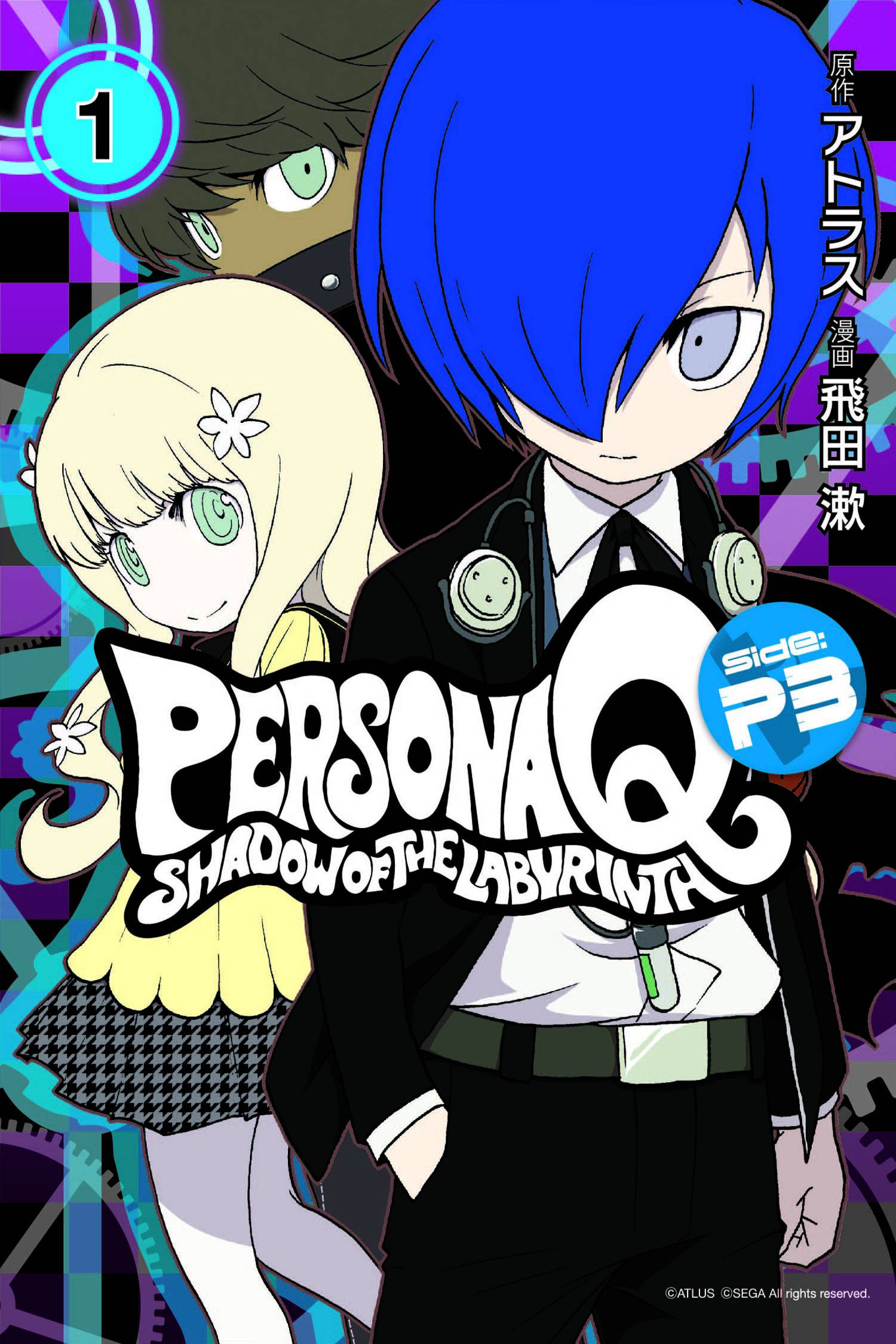 #
DEC151434
(W) Sou Tobita (A/CA) Sou Tobita
A crossover manga featuring characters from Persona 3, the best-selling game that has won acclaim at the top of numerous RPG of the year lists. The gang from the Specialized Extracurricular Execution Squad are back in a new adventure that ties into the new 3DS game, Persona Q: Shadow of the Labyrinth. Side: P3 focuses on characters from Persona 3, including class-clown Junpei Iori, the cyborg Aigis, canine-companion Koromaru, and more, as they wander through an Alice in Wonderland-themed labyrinth. Along the way they battle shadows and other foes with their personas as they try to find their way out of the treacherous maze and back to Gekkoukan High School.
In Shops: Feb 24, 2016
SRP: $10.99
View All Items In This Series
ORDER WISH LIST