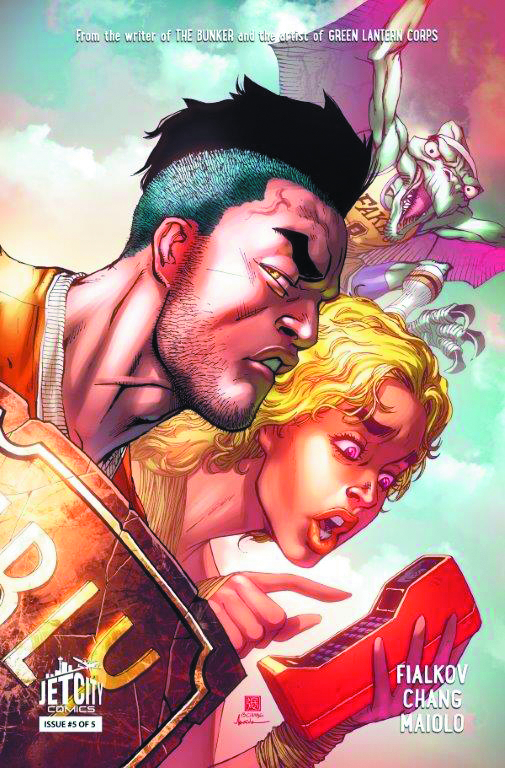 DEC151419
(W) Joshua Hale Fialkov (CA) Marcelo Maiolo (A/CA) Bernard Chang
King's epic journey concludes with a battle royal of epic proportions! Literally. King's about ankle-high to a giant Elder God that's ready to smite our hero down. But King's problem's still aren't big enough. Queen, an army of robotic bears, an angry coworker, and a very vengeful transpecies biker gang quickly join the fray. Everyone wants a piece of King, and the fate of the world hangs in the balance!
In Shops: Apr 06, 2016
SRP: $2.99
View All Items In This Series
ORDER WISH LIST