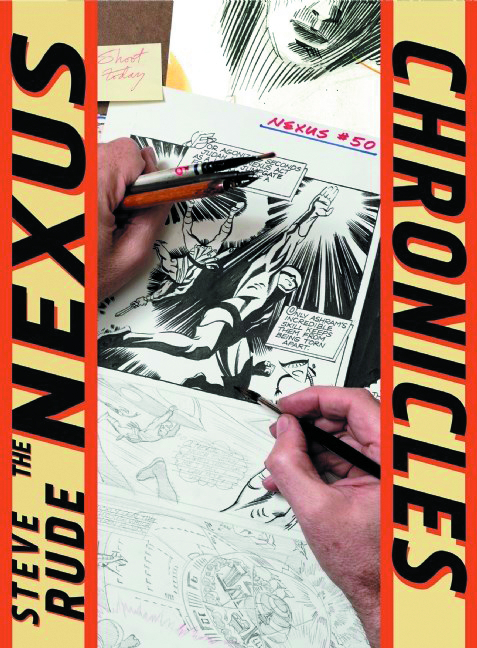 DEC151372
(W) Mike Baron, Steve Rude (A/CA) Steve Rude
For more than thirty years, the comic-book series Nexus has showcased the artistry of Steve "The Dude" Rude, one of the industry's most passionate and highly regarded artists. The Nexus Chronicles focuses on Rude's role as artist and co-creator of this award-winning series. Three years have gone into assembling the original art for eight of The Dude's favorite creations, including Nexus: Wages of Sin #1 and Next Nexus #1, both of which are shown with their pencil and finished inked forms facing one another to highlight the process. Nexus #50 and the rarely seen eight-page "All in Sundra" are reproduced from their inked originals.
In Shops: Aug 03, 2016
SRP: $50.00
ORDER WISH LIST