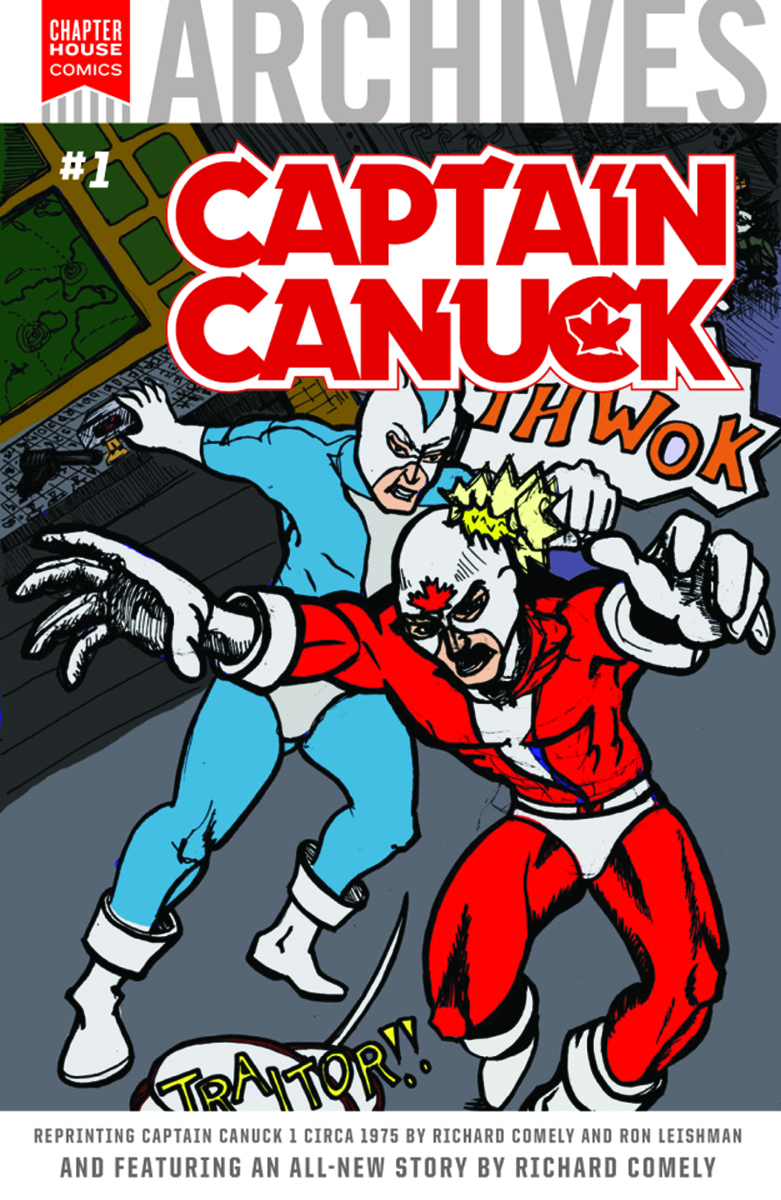 DEC151179
(W) Richard Comely (A) Richard Comely (CA) Rachael Wells
Introducing Chapterhouse Archives, an ongoing monthly series that reprints all of the essentials in the Chapterhouse catalogue. All Archive issues feature an all new cover and five page back-story by some of comic-doms brightest and best! And what better issue to kick-off the archives than the legendary Captain Canuck #1! Communist foreign agents commandeer an Arctic radar base and threaten Canada with a nuclear strike unless the country surrenders; Captain Canuck and his partner, Blue Fox, are sent to stop them. Archive cover by Rachel Wells and all-new back story, written and drawn by Richard Comely himself!
In Shops: Apr 20, 2016
SRP: $2.99
View All Items In This Series
ORDER WISH LIST