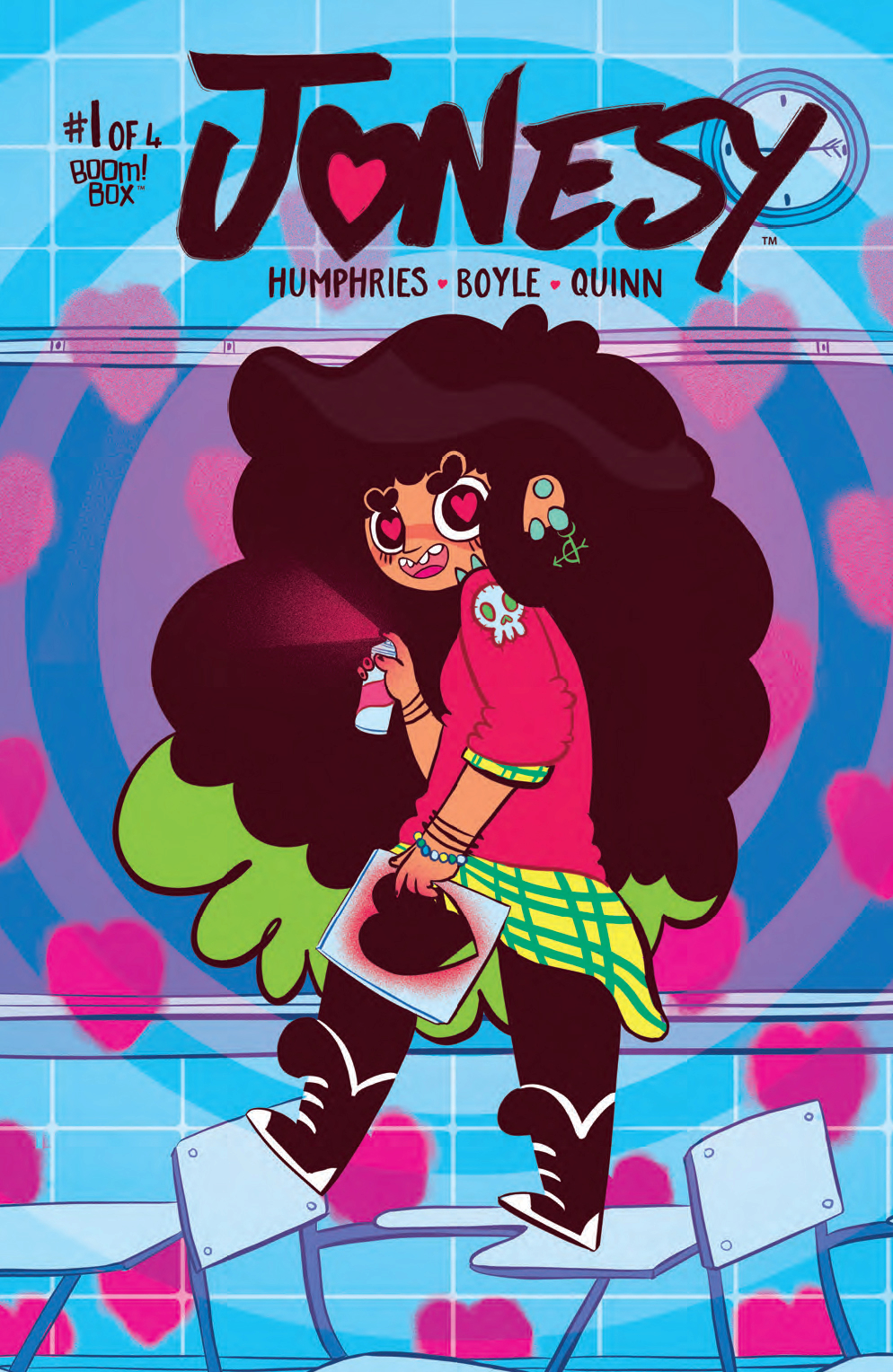 DEC151095
(W) Sam Humphries (A/CA) Caitlin Rose Boyle
What's to Love: Just in time for Valentine's Day, Jonesy is a comic about love that makes us swoon! Sam Humphries (Legendary Star Lord, Citizen Jack) and fresh talent Caitlin Rose Boyle (Buck n' Lou & the Night Crew) bring something special to BOOM! Box with this series about mad-cap shenanigans, friendship, pals, being a teenager, and figuring out who you are...with a teen cupid twist! If you like Giant Days, dig adorkable romance stories, or just want to smile from ear to ear after reading a comic, you'll fall in love with Jonesy!

What It Is: Jonesy is a self-described "cool dork" who spends her time making zines nobody reads, watching anime, and listening to riot grrrl bands and 1D simultaneously. But she has a secret nobody knows. She has the power to make people fall in love! Anyone. With anything. She's a cupid in plaid. With a Tumblr. There's only one catch-it doesn't work on herself. She's gonna have to find love the old-fashioned way, and in the meantime, figure out how to distract herself from the real emotions she inevitably has to face when her powers go wrong...
In Shops: Feb 10, 2016
SRP: $3.99
View All Items In This Series