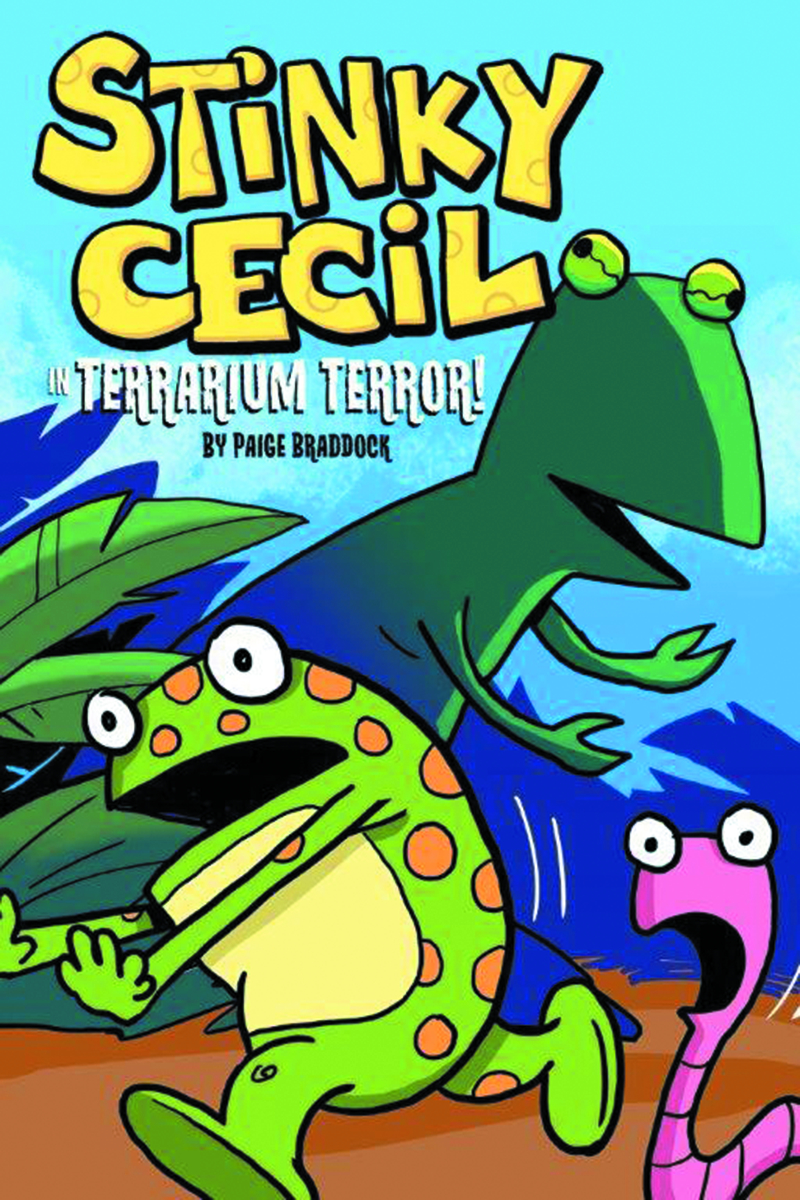 DEC150979
(W) Paige Braddock (A/CA) Paige Braddock
Cecil and his amphibian pals are taking a well-deserved break after saving their pond from freeway construction when a third-grade science class shows up for a field trip. The kids nab Cecil for their classroom terrarium! At first Cecil is terrified, but he quickly gets used to being a class pet. That is, until Nesbit the chameleon shows up. Nesbit wants to be just like Cecil, so he matches his colors and follows him all around the terrarium. He's driving Cecil crazy! Join the whole pond gang for this second delightful environmental romp.
In Shops: Jan 27, 2016
SRP: $9.99
ORDER WISH LIST