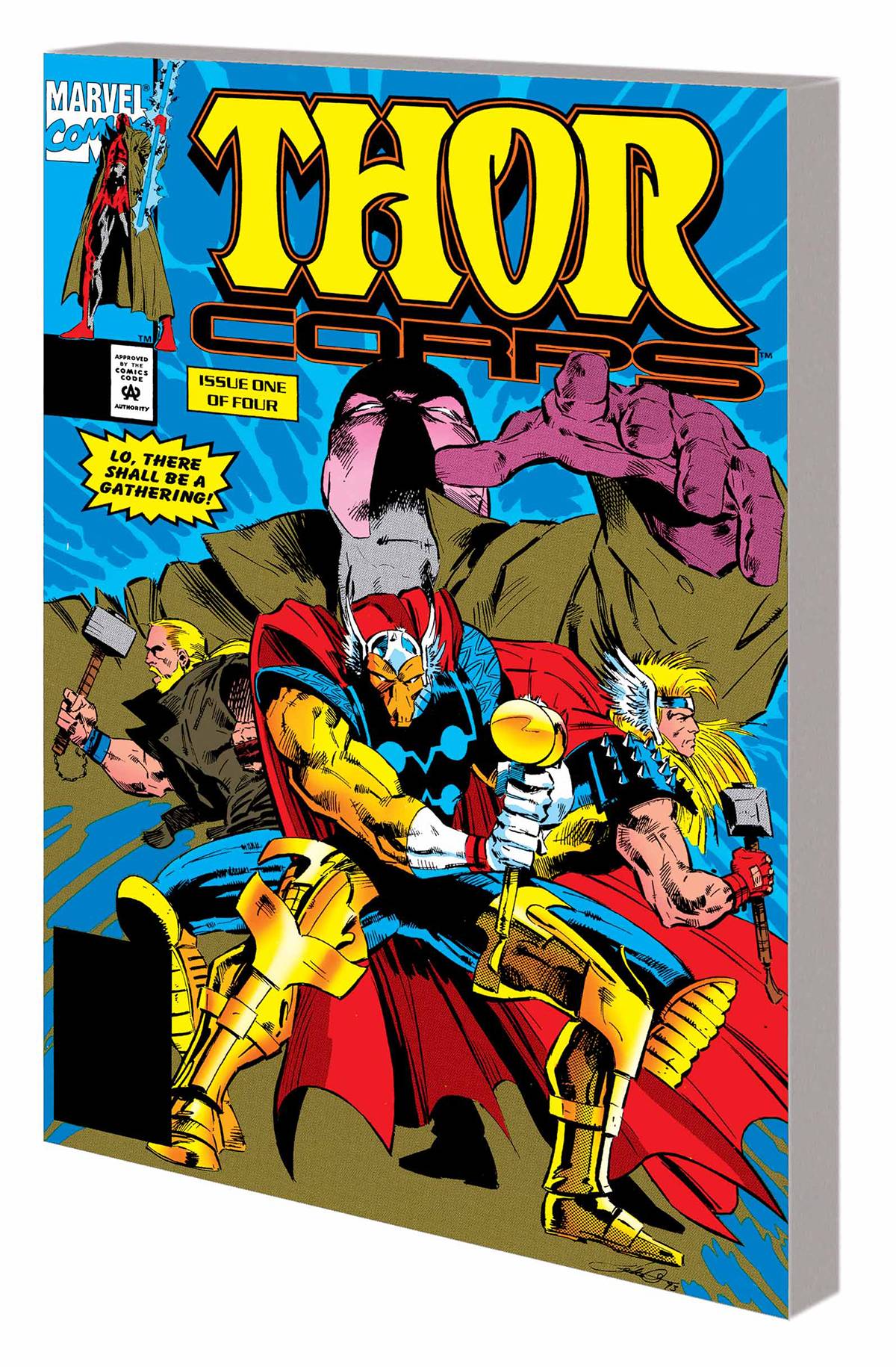 #
DEC150901
(W) Various (A) Various (CA) Pat Olliffe
Like Thor? Want more? You'll adore the Thor Corps for sure! After all, they fought a Thor War. Hammers clash when Mjolnir-wielder of the future Dargo Ktor is tricked into fighting Eric Masterson, the replacement Thor, in the modern day. As they bring the thunder, Beta Ray Bill joins the party with his mighty mallet Stormbreaker! But will the titanic trio put their differences aside in time to knock Zarrko the Tomorrow Man into next week? After Eric takes on the mantle of Thunderstrike, the one true Thor makes the Corps four on a multi-dimensional quest to rescue the wife of Dargo's arch-foe, Demonstaff! Plus: Revisit the debuts of Dargo and Bill, and the day Eric first proved himself worthy! It's Hammer Brothers Time! Collecting THOR CORPS #1-4 - plus THOR (1966) #337, #384, #433 and material from #438-441.
Rated T
In Shops: Mar 09, 2016
SRP: $29.99
ORDER WISH LIST