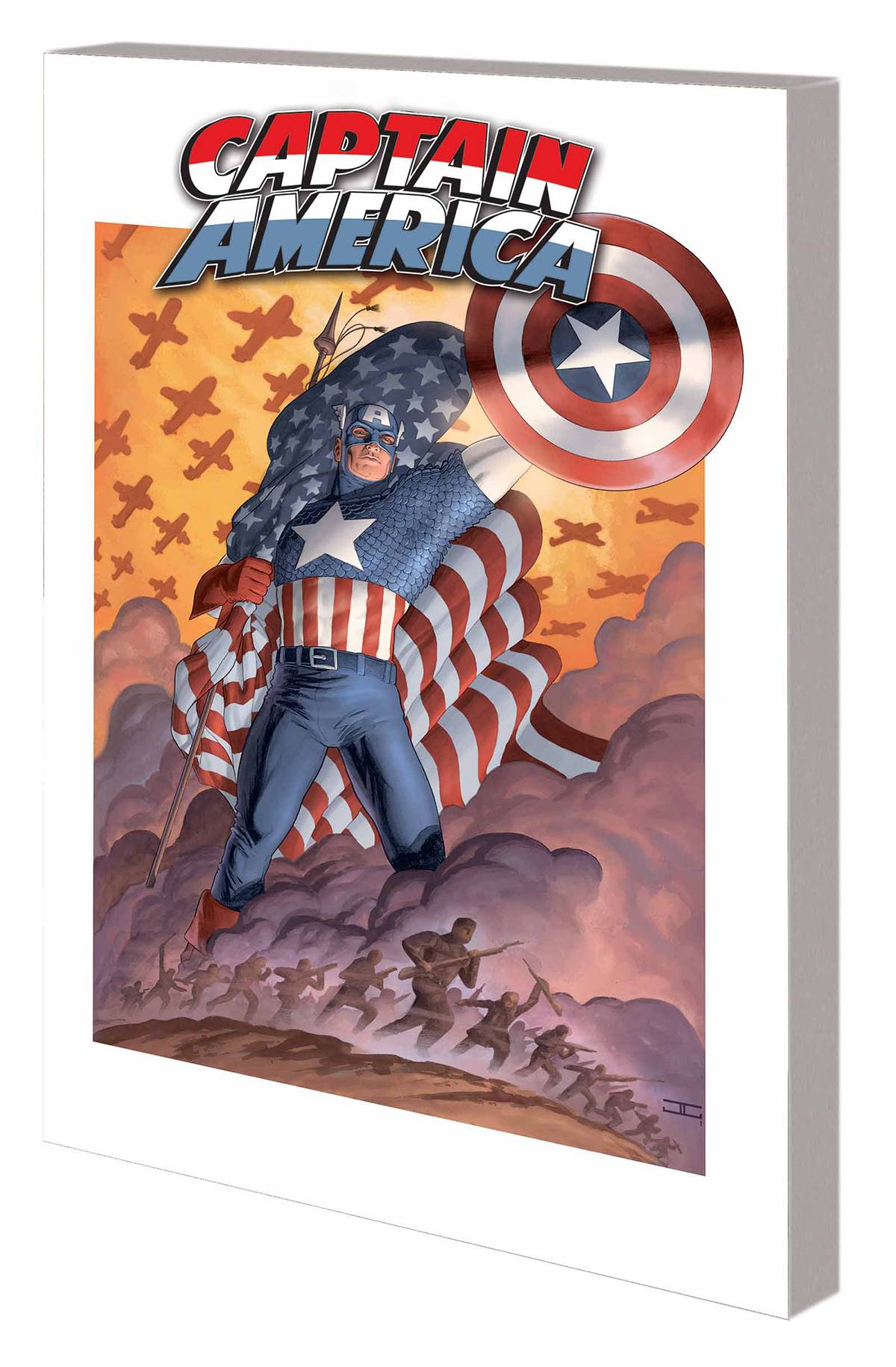 #
DEC150898
(W) John Ney Rieber, Chuck Austen (A) Various (CA) John Cassaday
Captain America gets the critically acclaimed Marvel Knights treatment! In the aftermath of 9/11, Captain America - already a man out of time - must adjust once again to a terrifying new global landscape. From the ruins of the World Trade Center to the horrors of a small town rocked by terrorism, the star-spangled super-soldier is forced to consider what it means to be the Sentinel of Liberty in an age of incomprehensible new threats. Meanwhile, the man named Redpath has his own American dream, and he orders his Extremists to cleanse the country by force. Only a true patriot, the living embodiment of the United States, can stop them. But when Captain America uncovers new truths about his decades trapped in the ice, the scale of the conspiracy may bring him to his knees! Collecting CAPTAIN AMERICA (2002) #1-16.
Rated T+
In Shops: Mar 09, 2016
SRP: $34.99
View All Items In This Series