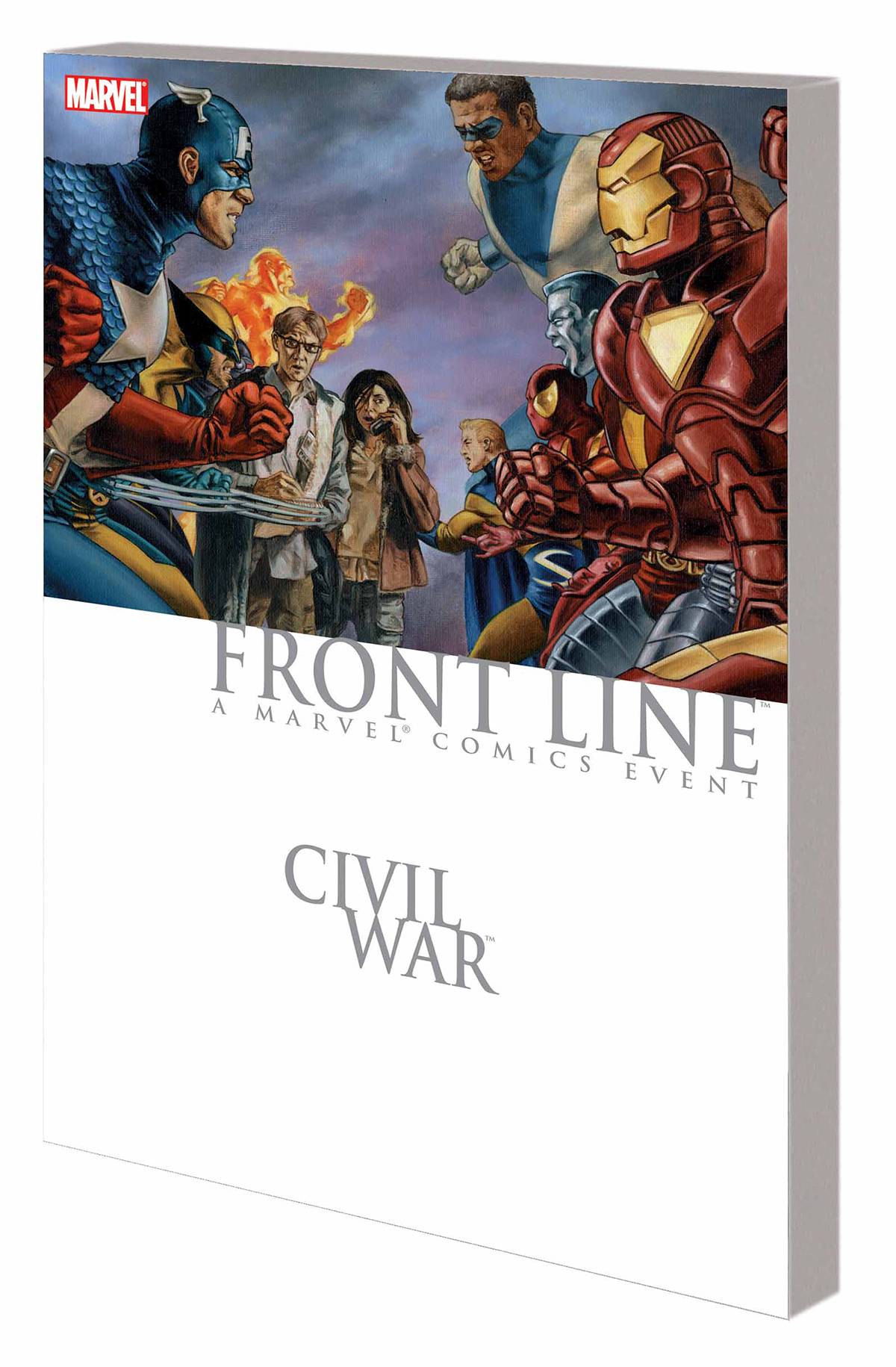 #
DEC150895
(W) Paul Jenkins (A) Various (CA) Juan Doe
Reporters Ben Urich and Sally Floyd are determined to uncover the secret truth hidden in the heart of the superhuman Civil War. But to find it, they'll have to brave the front lines of the battle - and that's a very dangerous place to be. Through interviews with heroes, villains, government officials and power players on both sides, Sally and Ben inch ever closer to unraveling the true motivations behind the war - but some secrets should never be brought to light. Plus: Speedball is public enemy No. 1, jailed and blamed for the Stamford disaster that kicked off the war. Determined to defend himself, he soon finds that he has further to fall than he ever thought possible - and that the road to redemption will take him to a very dark place. Collecting CIVIL WAR: FRONT LINE #1-11.
Rated T+
In Shops: Mar 16, 2016
SRP: $34.99