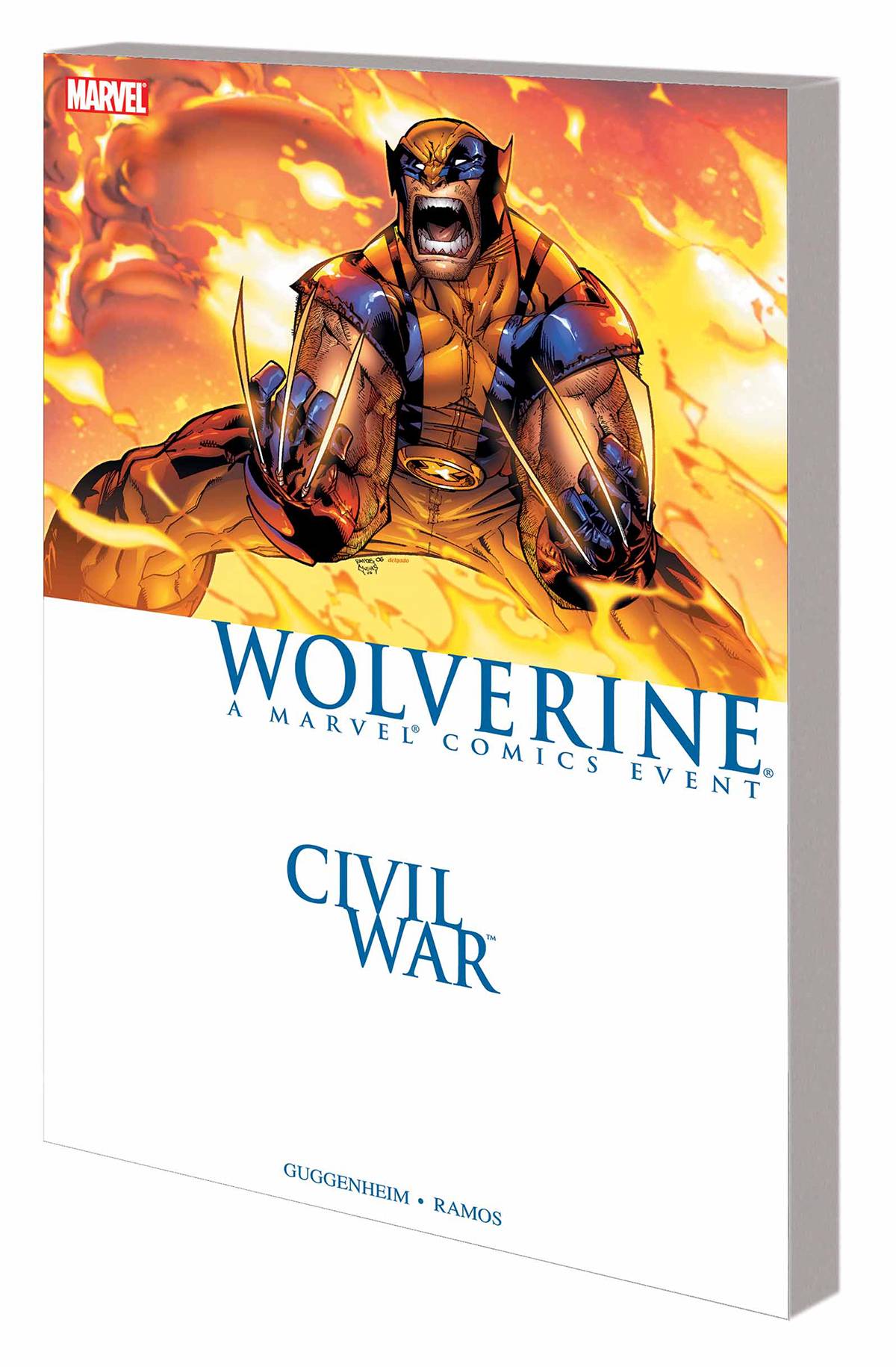 #
DEC150893
(W) Marc Guggenheim (A/CA) Humberto Ramos
Whose side are you on? In the aftermath of the Stamford tragedy, Wolverine makes it his personal mission to take down the man responsible: the explosive Nitro! But as soon as he begins his hunt, Logan discovers that someone else is stalking the same prey: a mysterious trio whose identity, and disturbing mission, will come as a shock! If Logan's unsettled by who these guys are, then just wait until he confronts the man they answer to! And when Wolverine discovers that Nitro's actions are tied to a much larger conspiracy, he won't rest until he's exposed the true culprit. To avenge the Stamford victims, this is one mystery that Wolverine is dying - and killing - to get to the bottom of... Collecting WOLVERINE (2003) #42-48.
Parental Advisory
In Shops: Mar 09, 2016
SRP: $24.99
ORDER WISH LIST