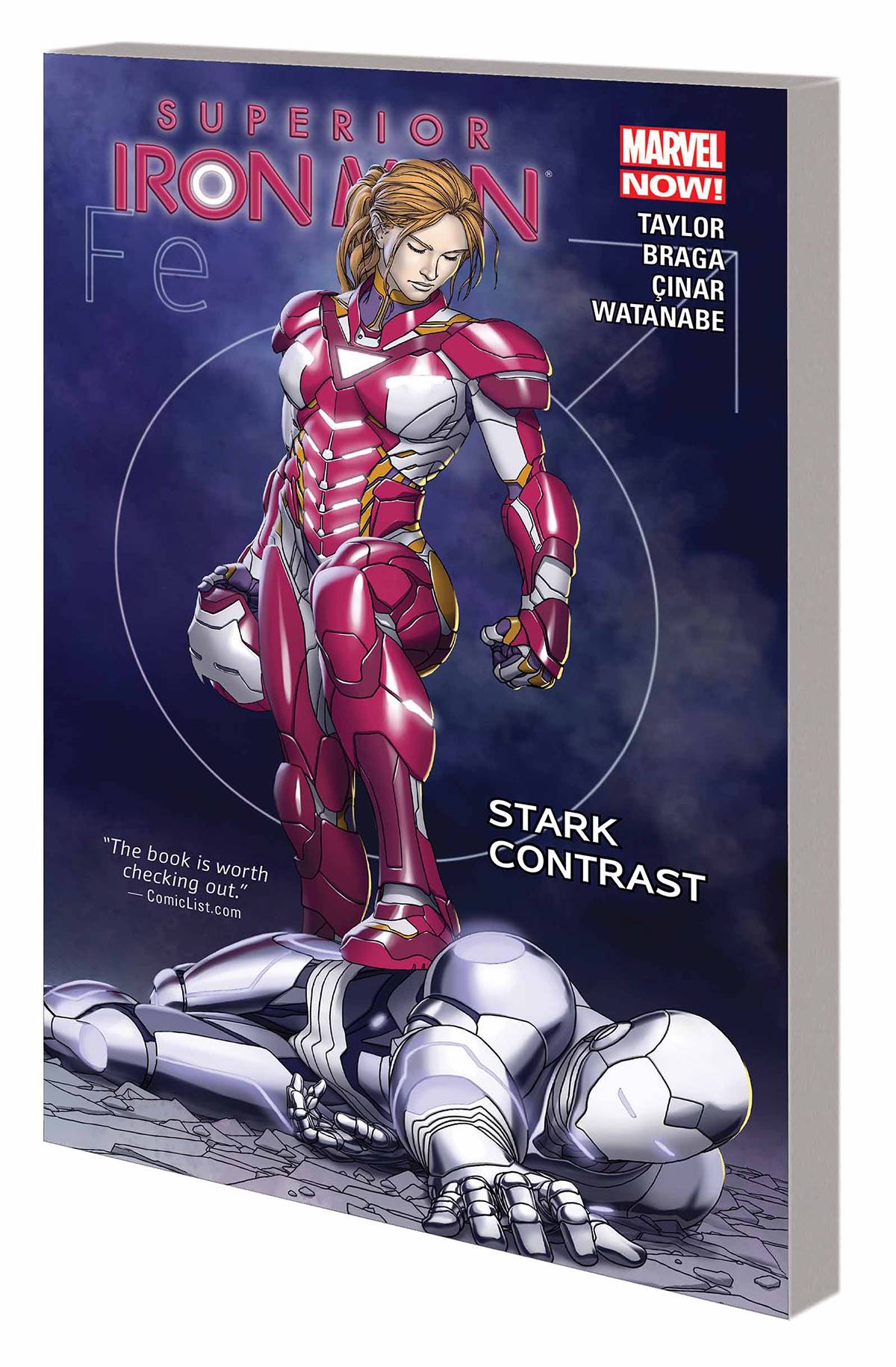 #
DEC150889
(W) Tom Taylor, Dennis O'Neil (A) Various (CA) Mike Choi
Pepper Potts has had enough! As Tony Stark's wealth and influence increase across the globe, he prepares to unveil a new Stark world. Pepper alone knows the extent of his "superiority," and she's determined to prevent him from slipping even further. But she'll need help. As Tony is left reeling by shocking revelations, doubt begins to creep in, and his future looks uncertain. Who or what lurks in Tony's old armor - and can Pepper trust it? Iron Man clashes with Iron Man in an epic battle that could mean the death of the Tony Stark we know and love. The Superior Iron Man is dead - long live the Superior Iron Woman? Plus, Tony struggles with sobriety in a seminal story from his classic years! Collecting SUPERIOR IRON MAN #6-9 and IRON MAN (1968) #182.
Rated T+
In Shops: Mar 09, 2016
SRP: $19.99
View All Items In This Series
ORDER WISH LIST