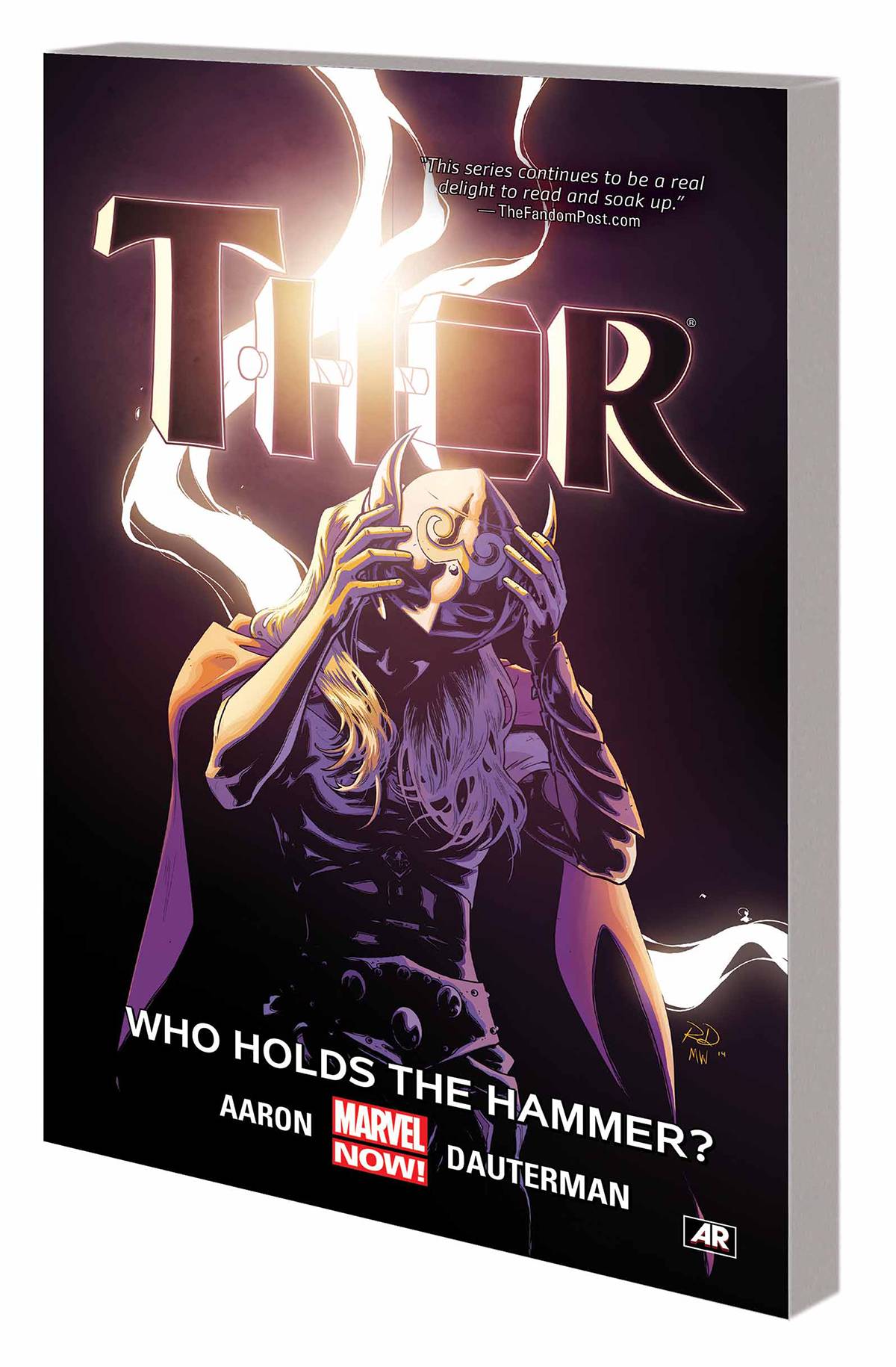 #
DEC150886
(W) Various (A) Various (CA) Russell Dauterman
Who is the new Thor? The Odinson wants Mjolnir back - and that means uncovering the identity of the new heroine holding the hammer! As he narrows down the list of suspects, tensions continue to flare between the All-Mother and All-Father. As Malekith the Dark Elf forges his most dangerous pact yet, the new Thor prepares to face her greatest challenge: the unstoppable machine of death and destruction that is...the Destroyer! While the battle for Mjolnir rages on, an unexpected character makes a shocking return - and the new Thor's identity is revealed at last! Plus: Young Thor enters a drinking competition! The new Thor takes on a surprising foe! In the future, King Thor's granddaughters quest to find him the perfect birthday gift! And more! Collecting THOR (2014) #6-8 and ANNUAL #1, and WHAT IF? (1977) #10.
Rated T+
In Shops: Mar 09, 2016
SRP: $19.99
View All Items In This Series
ORDER WISH LIST