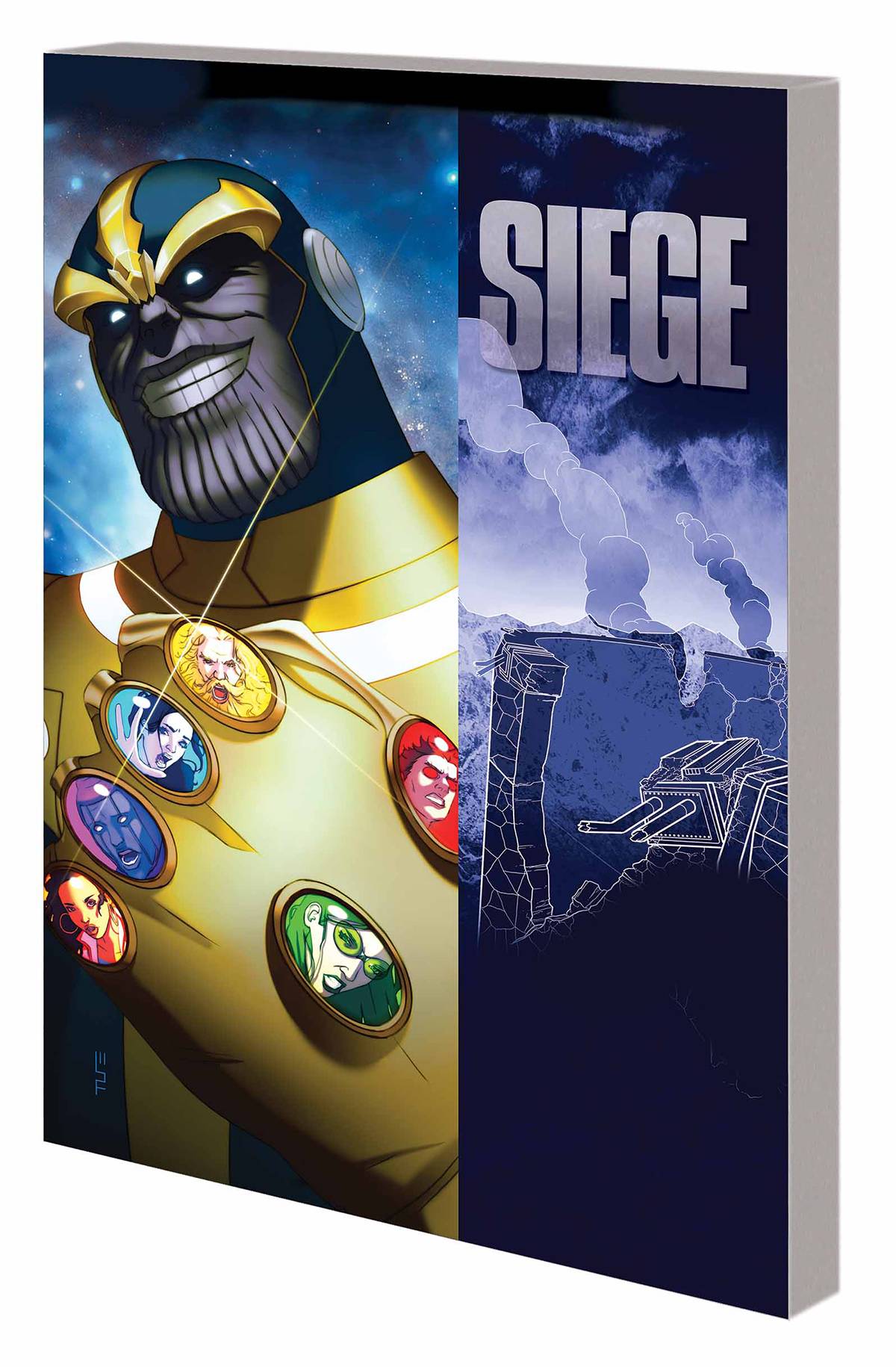 #
DEC150883
(W) Kieron Gillen (A) Filipe Andrade, Carlos Pacheco, Various (CA) W. Scott Forbes
They can't ever win. They can't afford to lose. Together they stand on the Shield - the wall that stretches around Battleworld, protecting the more civilized domains from the dead lands filled with zombies, Ultrons and the Annihilation Wave. Anyone who crosses Lord Doom gets sent to the Shield, where Commander Abigail Brand and her unlikely allies - including Ms. America, the bowslinger Lady Katherine, Kang, Leah, the Endless Summers and Leonardo da Vinci - will fight to the death to keep their planet safe. And they'll have to do exactly that, because the Shield is about to come under siege like never before. And if the Shield falls, so too will Battleworld. Plus: Abigail Brand, the X-Men and Avengers face the uncanny threat of Unit, the galactic genocidal fugitive! Collecting SIEGE (2015) #1-4 and UNCANNY X-MEN (2011) #9-10.
Rated T+
In Shops: Feb 24, 2016
SRP: $16.99