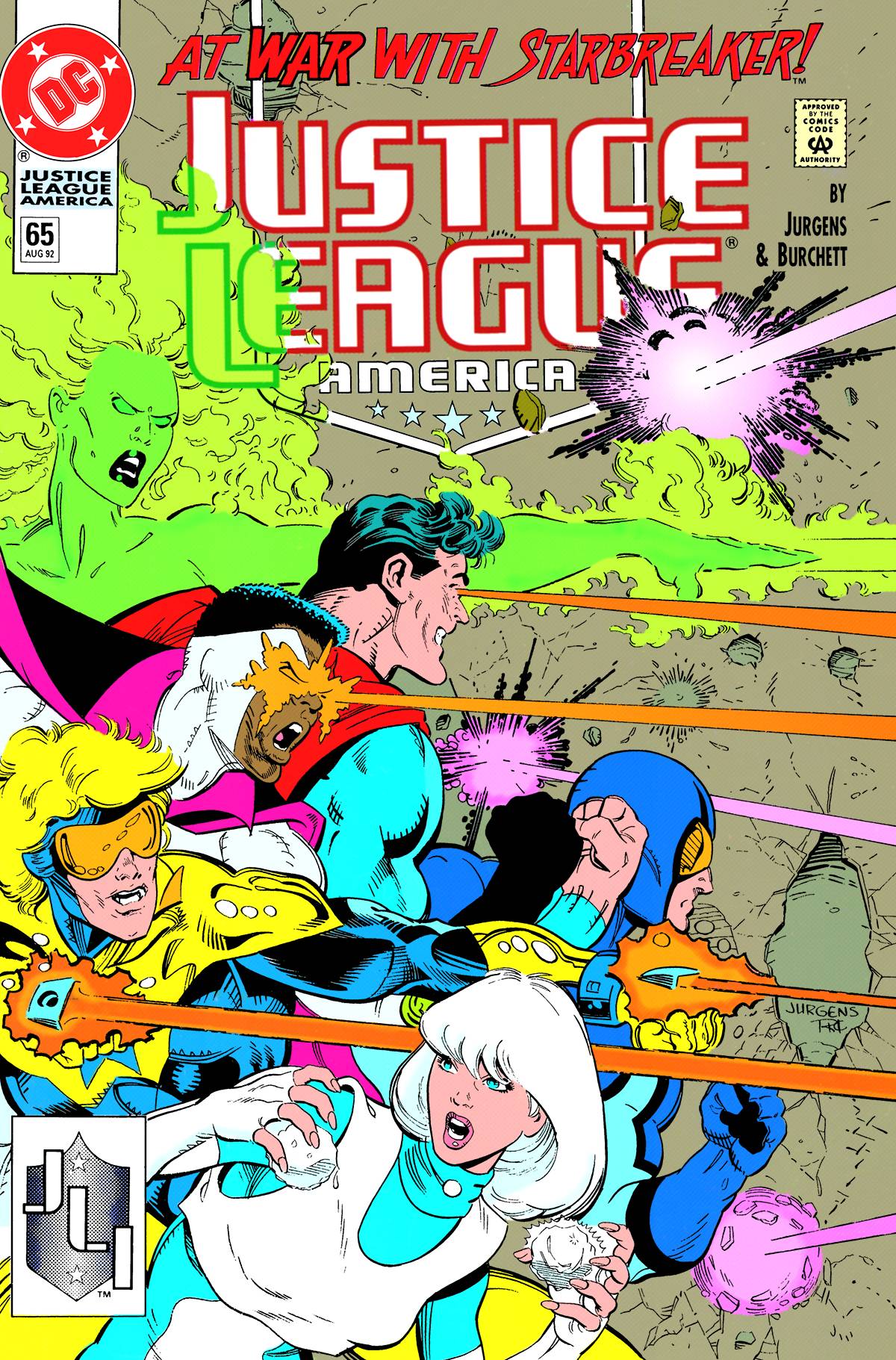 #
DEC150344
(W) Dan Jurgens, Gerard Jones (A) Rick Burchett, Randy Elliott, Jackson Guice, Jos? Marzan (A/CA) Dan Jurgens, Ron Randall
In these 1990s tales from JLA #61-67 and JUSTICE LEAGUE SPECTACULAR #1, Superman convinces the team to aid his former foe, Maxima, in freeing her homeworld from a tyrant. Then, the JLA must rescue the Elongated Man and Sue Dibny from the Royal Flush Gang.
In Shops: Mar 23, 2016
SRP: $17.99
View All Items In This Series
ORDER WISH LIST