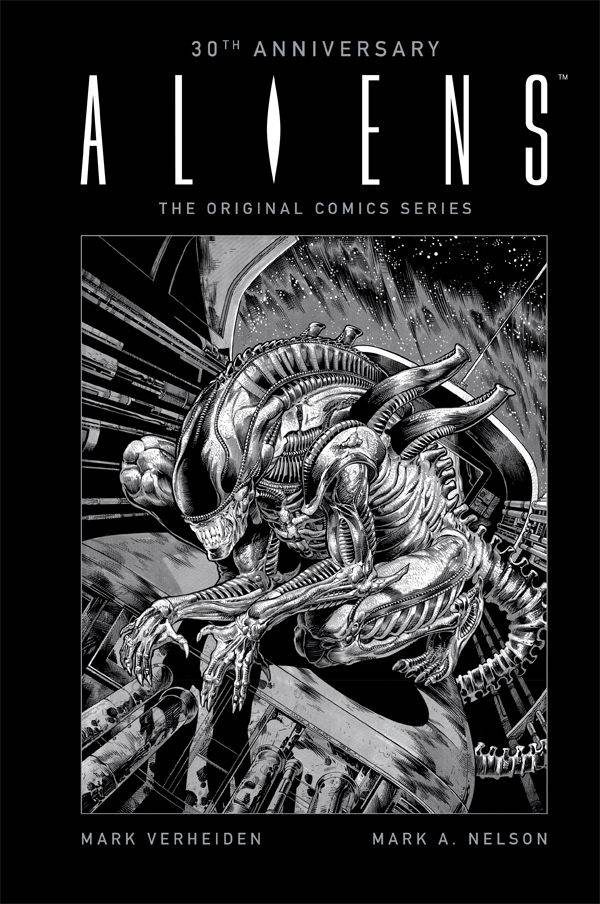 #
DEC150061
(W) Mark Verheiden (A/CA) Mark A. Nelson
The original sequel to Aliens!
For the thirtieth anniversary of Aliens, Dark Horse is releasing an oversized hardcover edition of the unabridged and unadulterated series!
In 1988, Dark Horse's Aliens, a sequel to the James Cameron film with stunning art by Mark A. Nelson and a script by Mark Verheiden, took the comics market by storm... until the release of Alien3 forced the story to change.
In deep space, a salvage crew is attacked by seemingly unstoppable monsters. The marines are called in, but they need someone with experience. Soon Hicks (the horribly scarred survivor from Aliens) and Newt (now almost eighteen) find themselves on a mission to locate and destroy the alienshomeworld!
First major comics work by Mark Verheiden, who went on to write The Mask, Timecop, Battlestar Galactica, Daredevil, and many other films and television shows.
In Shops: Apr 20, 2016
SRP: $39.99
View All Items In This Series