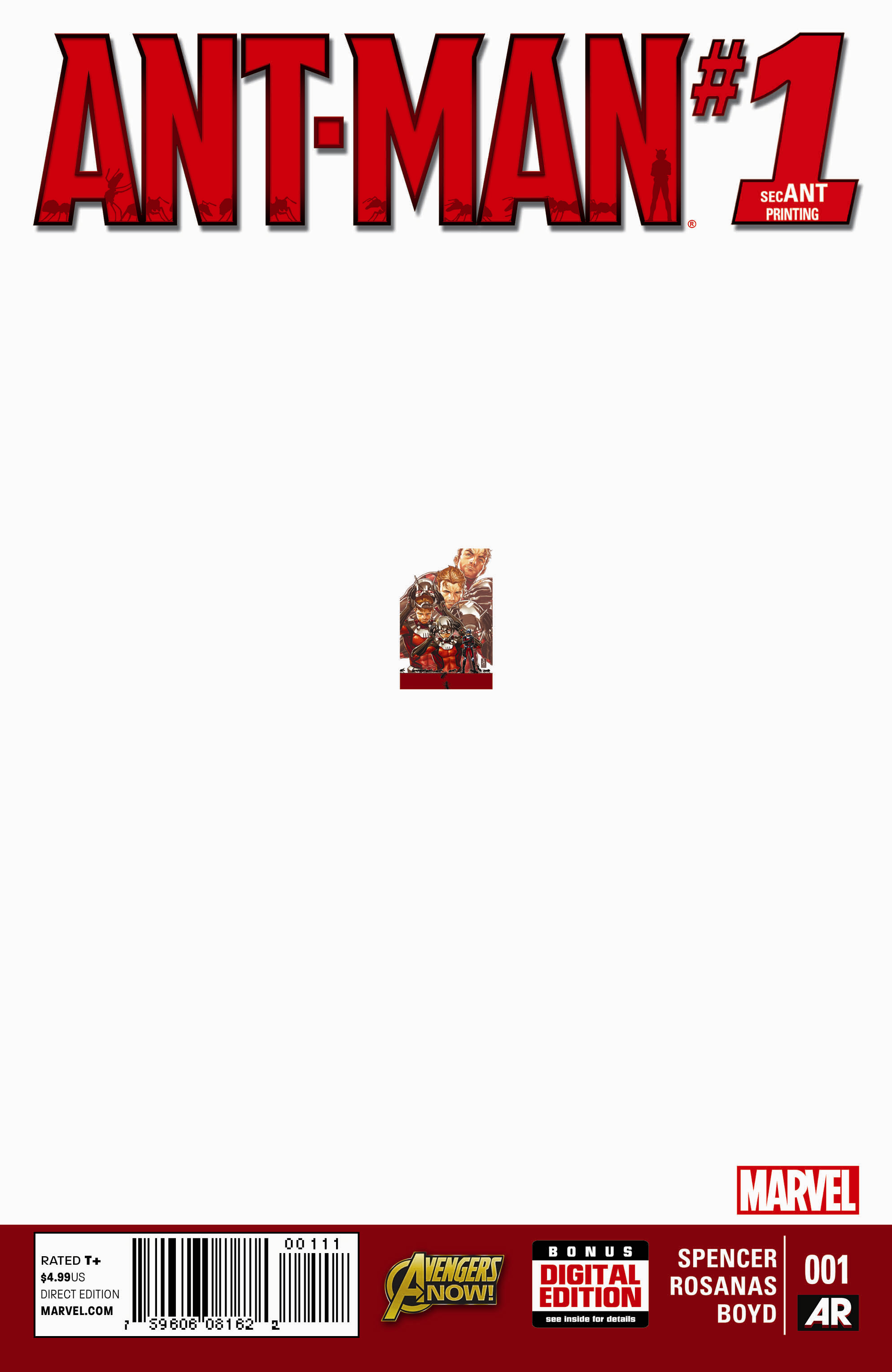 DEC148006
(W) Nick Spencer (A) Ramon Rosanas (CA) Mark Brooks
• Scott Lang has never exactly been the world's best super hero. Heck, most people don't even think he's been the best ANT-MAN -- and the last guy invented Ultron and joined the Masters of Evil, so that's saying something.
•  But when the SUPERIOR IRON MAN calls with a once-in-a-lifetime opportunity, Scott's going to get a chance to turn it all around and be the hero he's always dreamed of being.
•  Sure he's been to prison! Sure he's been through a messy divorce! Sure he's been, um... dead. But this time is different! This time nothing is gonna stop the astonishing ANT-MAN!
Rated T+
In Shops: Feb 04, 2015
SRP: $4.99
View All Items In This Series
ORDER WISH LIST