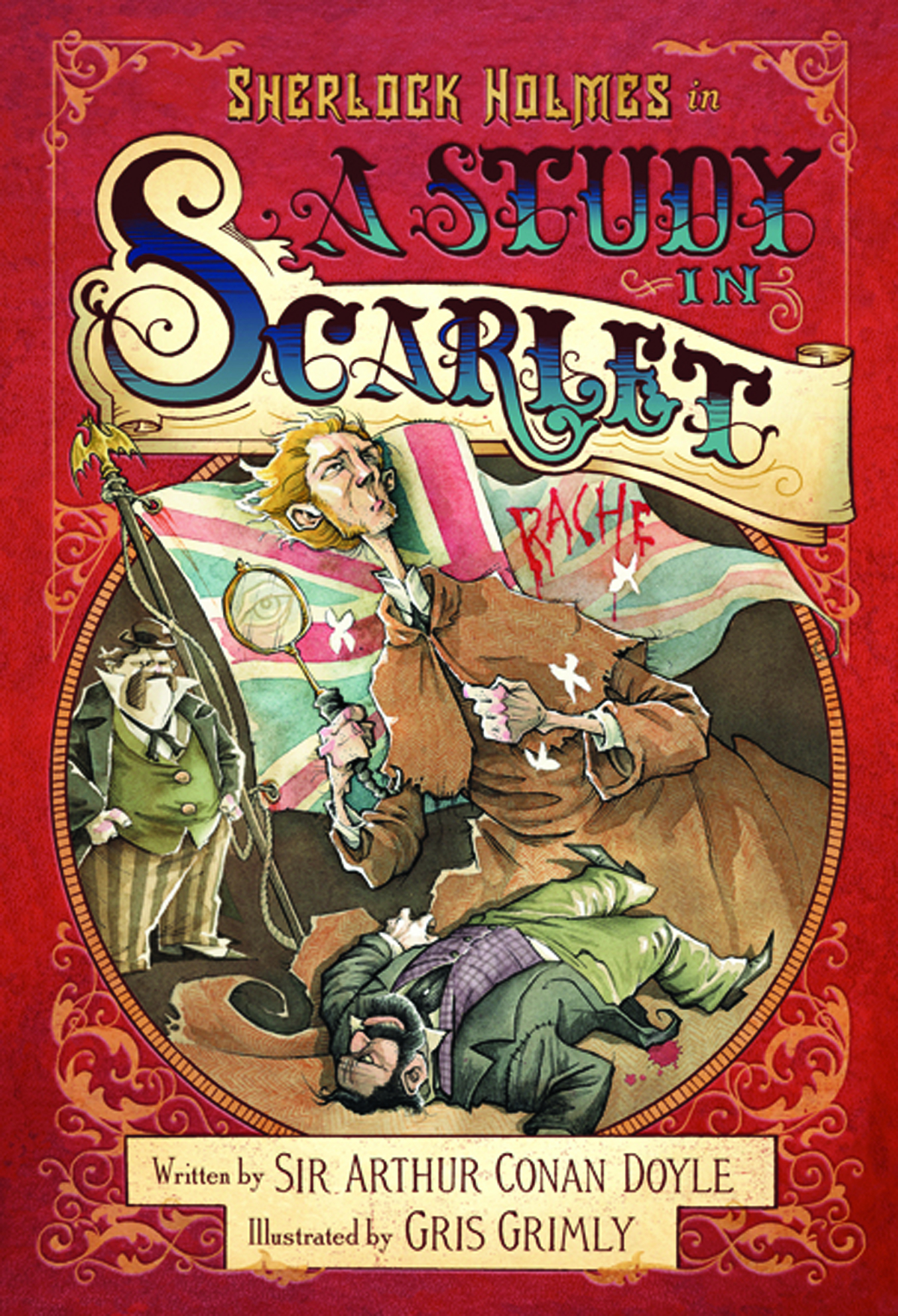 DEC141874
(W) Sir Arthur Conan Doyle (A/CA) Gris Grimly
The first book by Sir Arthur Conan Doyle starring two of the most famous classic literary characters - Sherlock Holmes and John Watson - is rendered in a completely fresh, modern, and twisted way, by acclaimed and bestselling illustrator Gris Grimly. A man lies dead in an empty house, not a mark upon him, and no clues, save for the word RACHE scrawled in blood on the wall above. Elsewhere, a former army doctor called John Watson and a brilliant eccentric called Sherlock Holmes meet for the first time. The modern master of gothic romanticism, Gris Grimly, bringing this thrilling tale of love and revenge to a new generation of readers. This handsome volume includes the full, original text as well as over seventy color and black and white illustrations.
In Shops: Feb 18, 2015
SRP: $17.99