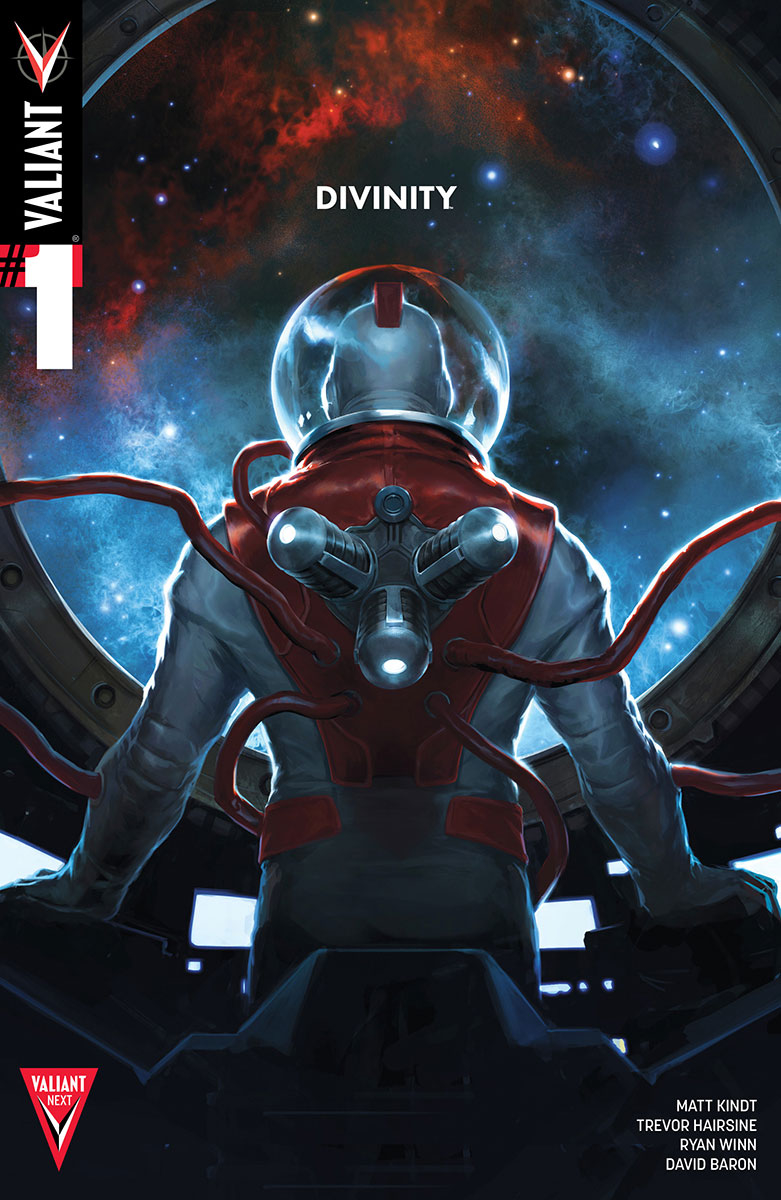 At the height of the Cold War, the Soviet Union - determined to win the Space Race at any cost - green lit a dangerously advanced mission. They sent a man farther into the cosmos than anyone has gone before or since. Lost in the stars, he encountered something unknown. Something that...changed him.

Long thought lost and erased from the history books, he has suddenly returned, crash-landing in the Australian Outback. The few that have been able to reach him believe him to be a deity - one who turned the scorched desert into a lush oasis. They say he can bend matter, space, and even time to his will. Earth is about to meet a new god. And he's a communist.

How long can it be before the fi rst confrontation between mankind and DIVINITY begins?
In Shops: Feb 11, 2015
SRP: $3.99
View All Items In This Series