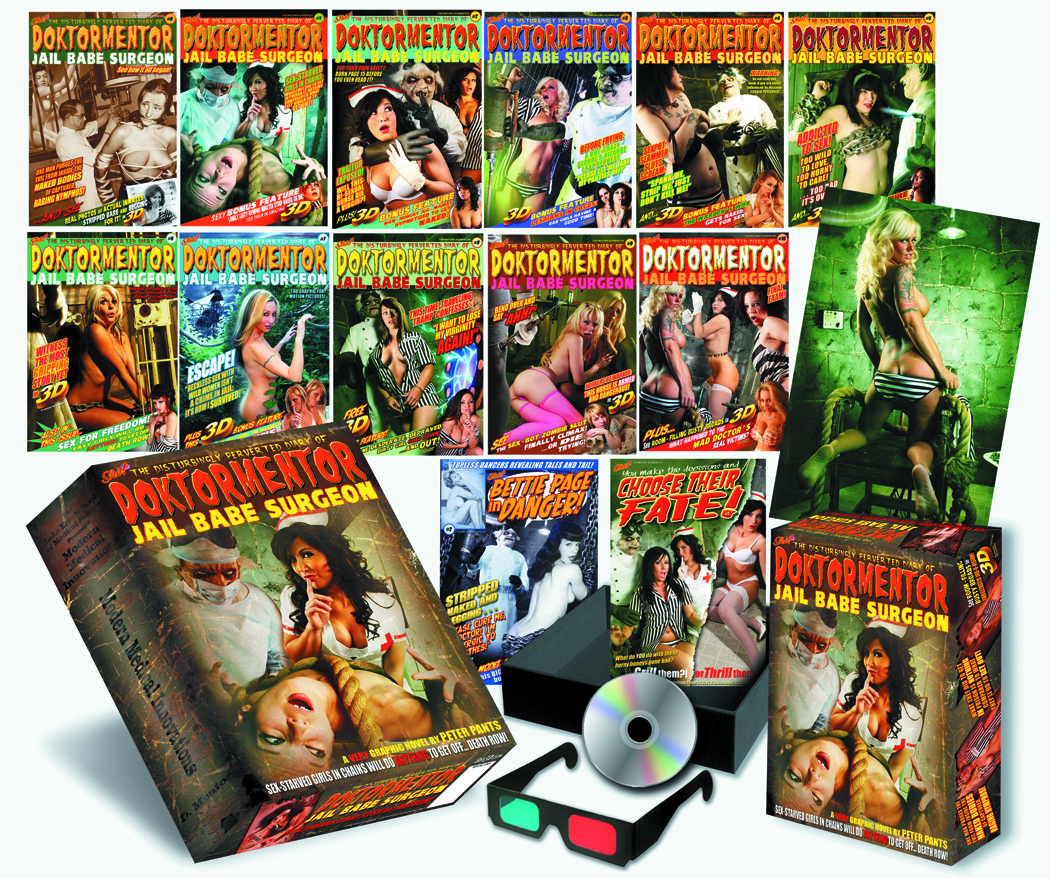 DEC141661
Shh! Productions is now offering a very limited edition set collecting the entire run of comics featuring their resident mad man, Doktormentor, Jail Babe Surgeon. This set contains all 11 issues (#0-10) of this infamously campy and erotic series featuring sexy, revealing photos and telling the story of a prison doctor experimenting on willing, lustful and eventually nude female inmates, reminiscent of B-movie "girls in cages" exploitation films. The box's left side looks like an actual medical journal, allowing this rude, crude and totally nude comic set to blend in with others on a bookshelf without drawing unwanted attention. Along with a free poster, this set also includes two added comics to make this collection complete: Choose Their Fate #1, featuring seven different possible endings and numerous ways to get there, and Bettie Page in Danger #2 featuring a guest-appearance by Doktormentor. Twelve of the thirteen comics in this set have a 3-D back-up story (3-D glasses included!), plus you also get a "Behind the Screams" DVD showcasing the making of this originally off-beat and sexy photo comic series, with interviews and videos of the models joking, stripping and begging for more!
In Shops: Feb 11, 2015
SRP: $59.95
ORDER WISH LIST