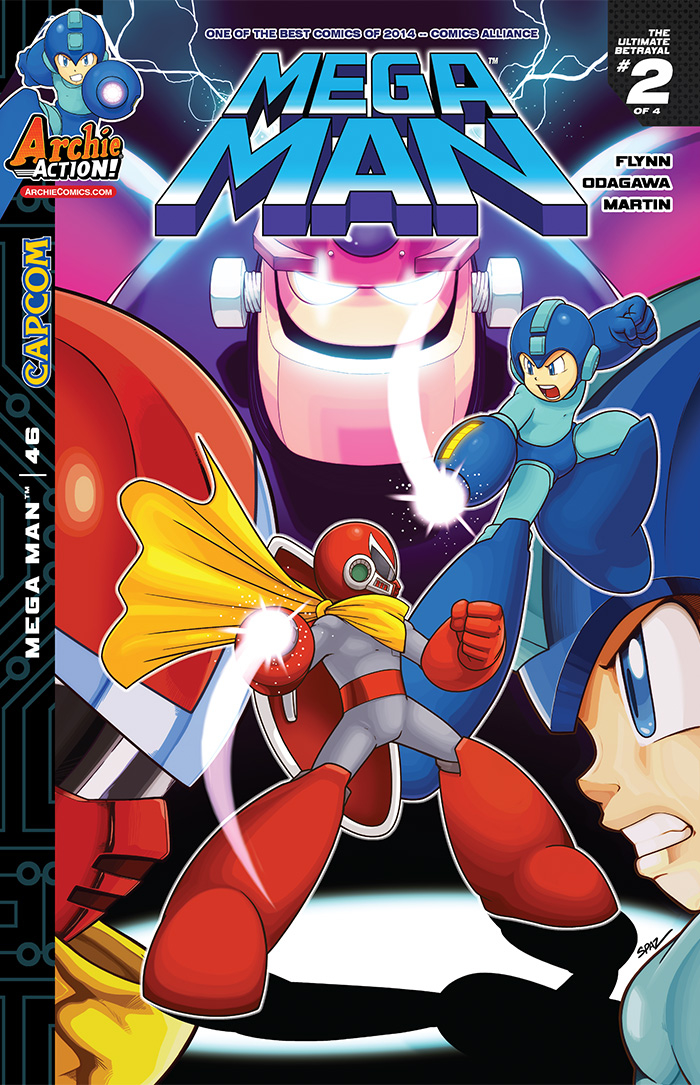 DEC141072
(W) Ian Flynn (A) Gary Martin, John Workman, Evan Stanley, Ryan Odagawa (CA) Patrick Spaz Spaziante
Ding Ding Ding! Get ready for the fight of the century with: Mega Man versus Break Man! "The Ultimate Betrayal" Part Two: This is it, the day has finally arrived-it's the epic-beyond-epic duel you've been waiting for as brother battles brother and the Blue Bomber brings the ruckus to the Prodigal Son! Everything has been building to this battle of two siblings-and the fate of the world is at stake! The Mega Man 3 game adaptation reaches a fever pitch in this exciting installment, featuring cover art from Patrick "SPAZ" Spaziante and a special "brother versus brother" variant by acclaimed artist Justin Harder!