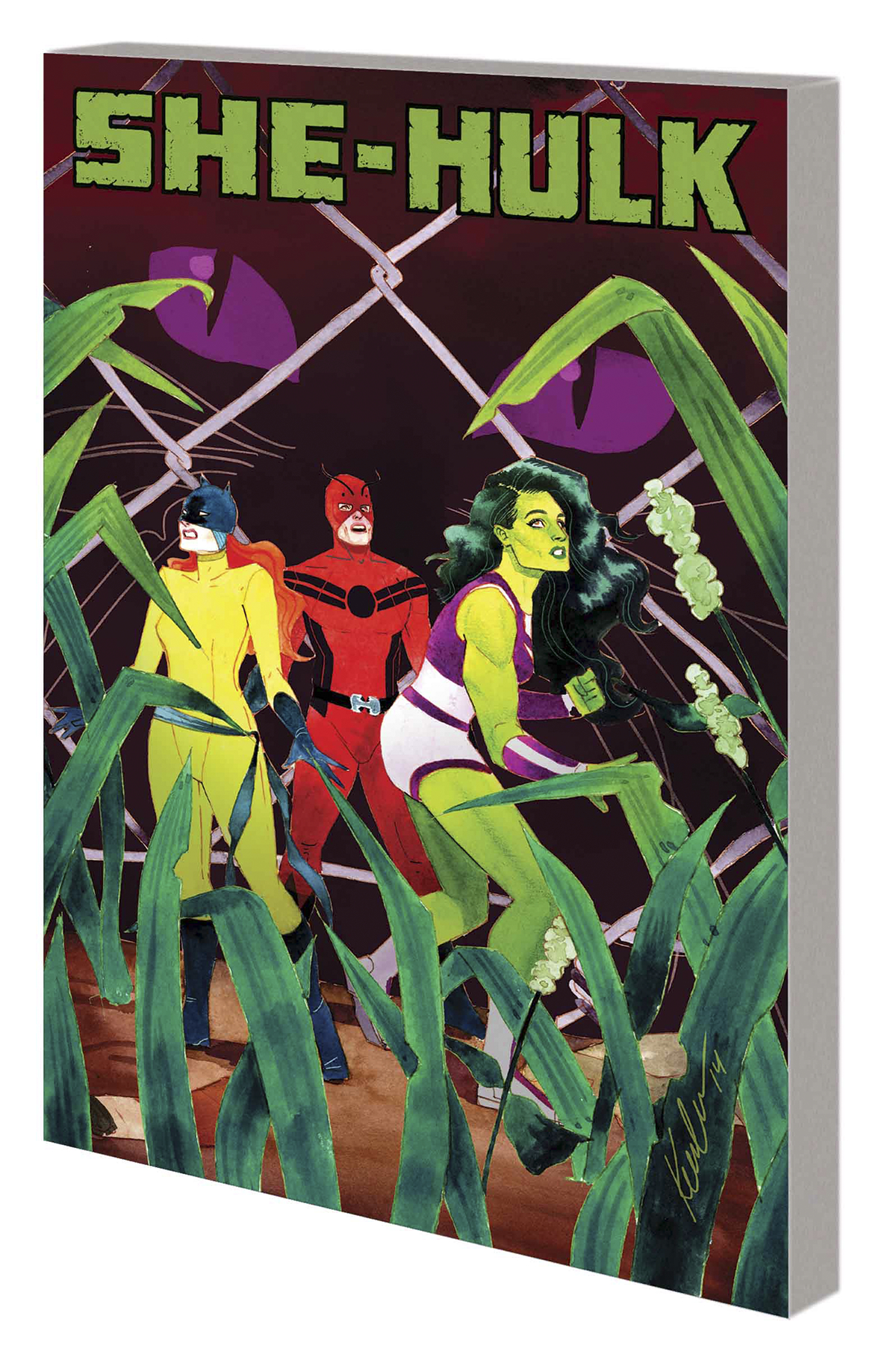 DEC140985
(W) Charles Soule (A) Javier Pulido (CA) Kevin Wada
She-Hulk, Hellcat and Giant-Man team up to save one of Jen's officemates - but what secret agenda does Hank Pym have? Meanwhile, She-Hulk takes on Captain America as her newest client! Someone from Cap's past has returned to haunt them all, and She-Hulk might be his only hope - because the opposing attorney is Matt Murdock! She-Hulk and Daredevil battle it out in court and on the streets in this trial of the century - but is Captain America actually guilty after all? And at long last, it's all come down to this: the Blue File revealed! As Hellcat investigates the mysterious, mind-altering file, She-Hulk takes on Titania - and Angie Huang just might meet her fate! Secrets are revealed and the Blue File is opened wide as Charles Soule and Javier Pulido's acclaimed run comes to a close! Collecting SHE-HULK (2014) #7-12.
Rated T+
In Shops: Mar 25, 2015
SRP: $15.99
View All Items In This Series
ORDER WISH LIST