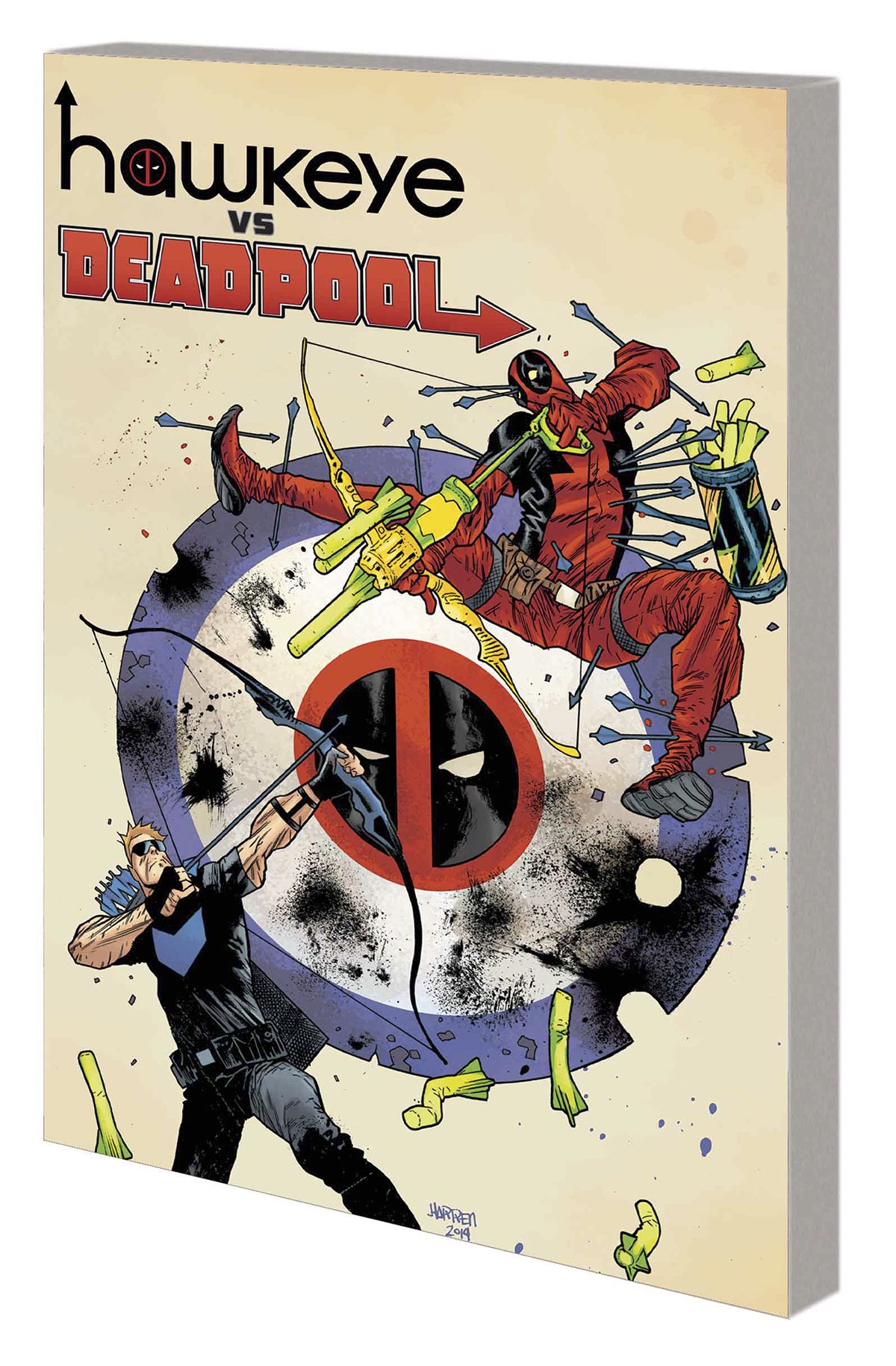 DEC140975
(W) Gerry Duggan (A) Matteo Lolli (CA) James Harren
Once upon a time, champions emerged to fight the evil plaguing humanity. They fought for all that was good in the world. They were kind, generous and self-sacrificing. They were heroes. These are not those heroes. What do Hawkeye and Deadpool have in common? It's Halloween in Brooklyn, and a S.H.I.E.L.D. espionage mystery has both heroes racing the clock. But things aren't what they seem! Why are the bad guys dressed as good guys? And what does the Black Cat have to do with it? Marvel's most beloved (and simultaneously annoying) duo is on the case! But with villains masquerading as heroes, who can Deadpool and Hawkeye trust? And no, it's not one another. As the baddest brawlers in Brooklyn tear up the town, will Deadpool and Hawkeye kill each other before they figure it out? Collecting HAWKEYE VS. DEADPOOL #0-4.
Rated T+
In Shops: Mar 04, 2015
SRP: $16.99
ORDER WISH LIST