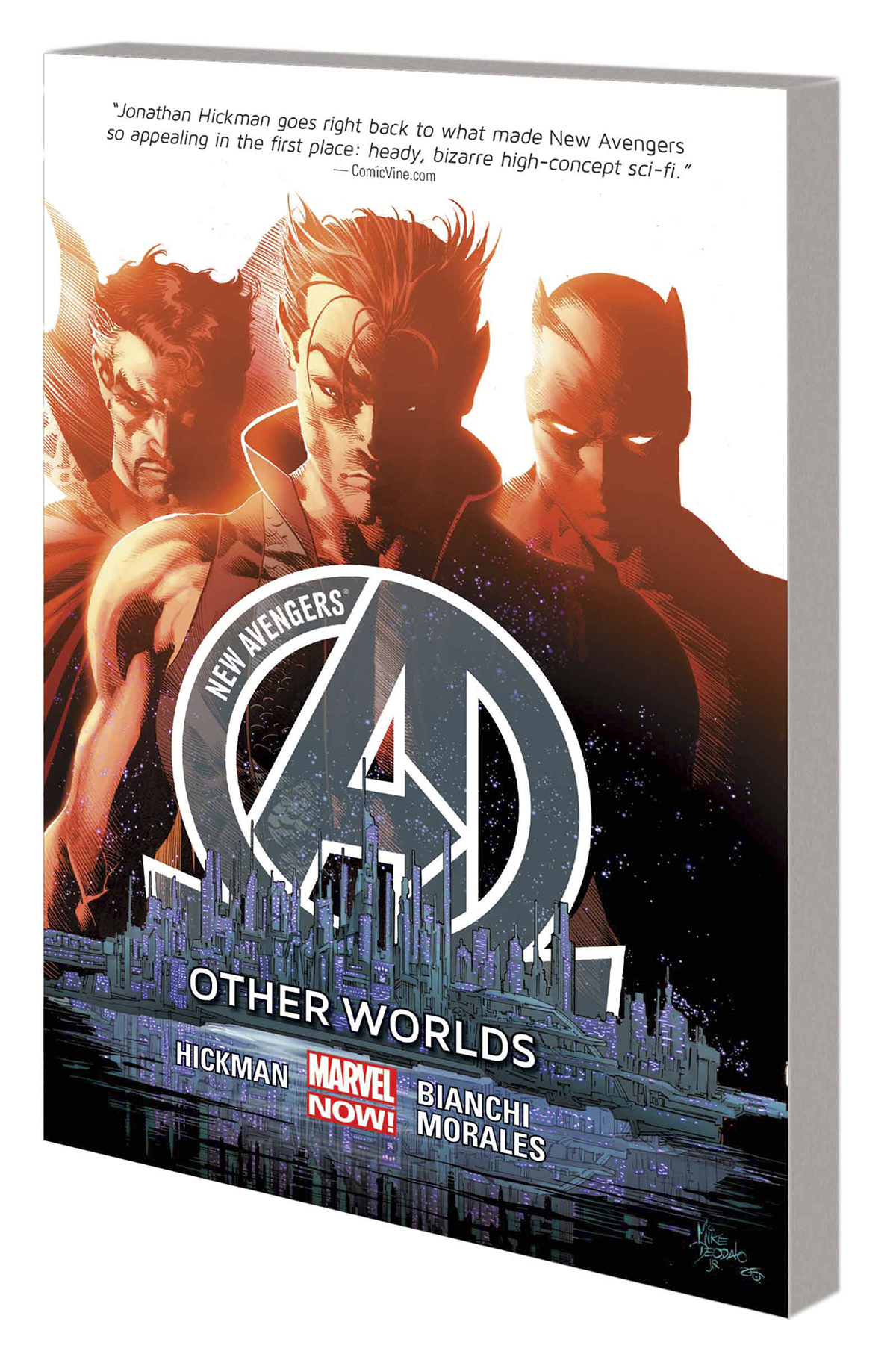 DEC140956
(W) Jonathan Hickman (A) Simone Bianchi, Rags Morales (CA) Mike Deodato
The Multiverse is slowly collapsing, destroying entire dimensions, and the Illuminati must combat the ever-increasing Incursions. As they meet the Mapmakers, cartographers of the Apocalypse, they discover the Black Swan's secrets and cope with their own personal challenges. Black Bolt's kingdom remains in chaos; the release of the Terrigen Bomb has split the Inhumans and upset the natural world. Reed Richards transforms one of his greatest inventions in order to view the death of worlds, as Dr. Strange considers selling his soul. Black Panther, cast from his kingdom, seeks to end the Wakandan war with Atlantis - and avenge Namor's slaughter of his people. There's no turning back for the Illuminati. They'll pay the price for their sins. But must these new Avengers destroy a perfect world so that the Earth can live? Collecting NEW AVENGERS (2013) #13.INH and #14-17.
Rated T+
In Shops: Feb 25, 2015
SRP: $19.99
View All Items In This Series
ORDER WISH LIST