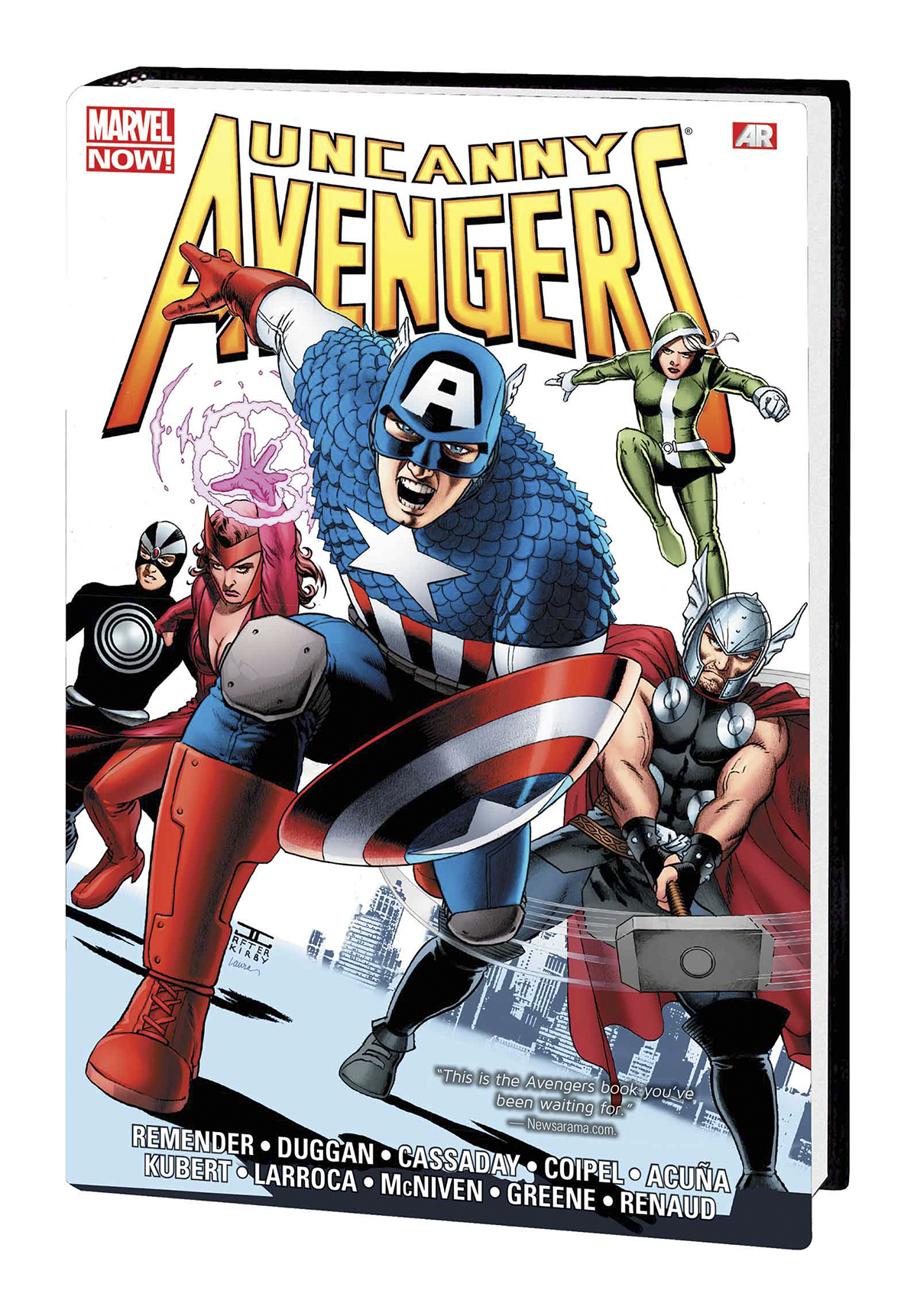 DEC140954
In the wake of Professor X's death, Captain America creates a new Avengers unit comprised of Avengers and X-Men - humans and mutants working together. But the Red Skull has plans to destroy all mutants - and when he exhumes Xavier's telepathic brain, he just might be able to do it! Can the new squad triumph over the Skull's bizarre S-Men? Meanwhile, the Apocalypse Twins arrive with shocking plans for the future! The new Four Horsemen of Death are unleashed, and Avengers begin to die. But with the fate of the world literally in the balance, what happens if the heroes fail? Years in the future, Kang the Conqueror's Chronos Corps arrive on Planet X - but can the shattered remains of the team salvage the past? Rick Remender's epic saga is collected in one volume! Collecting UNCANNY AVENGERS #1-25, #8AU and ANNUAL #1.
Rated T+
In Shops: Feb 04, 2015
SRP: $99.99
ORDER WISH LIST