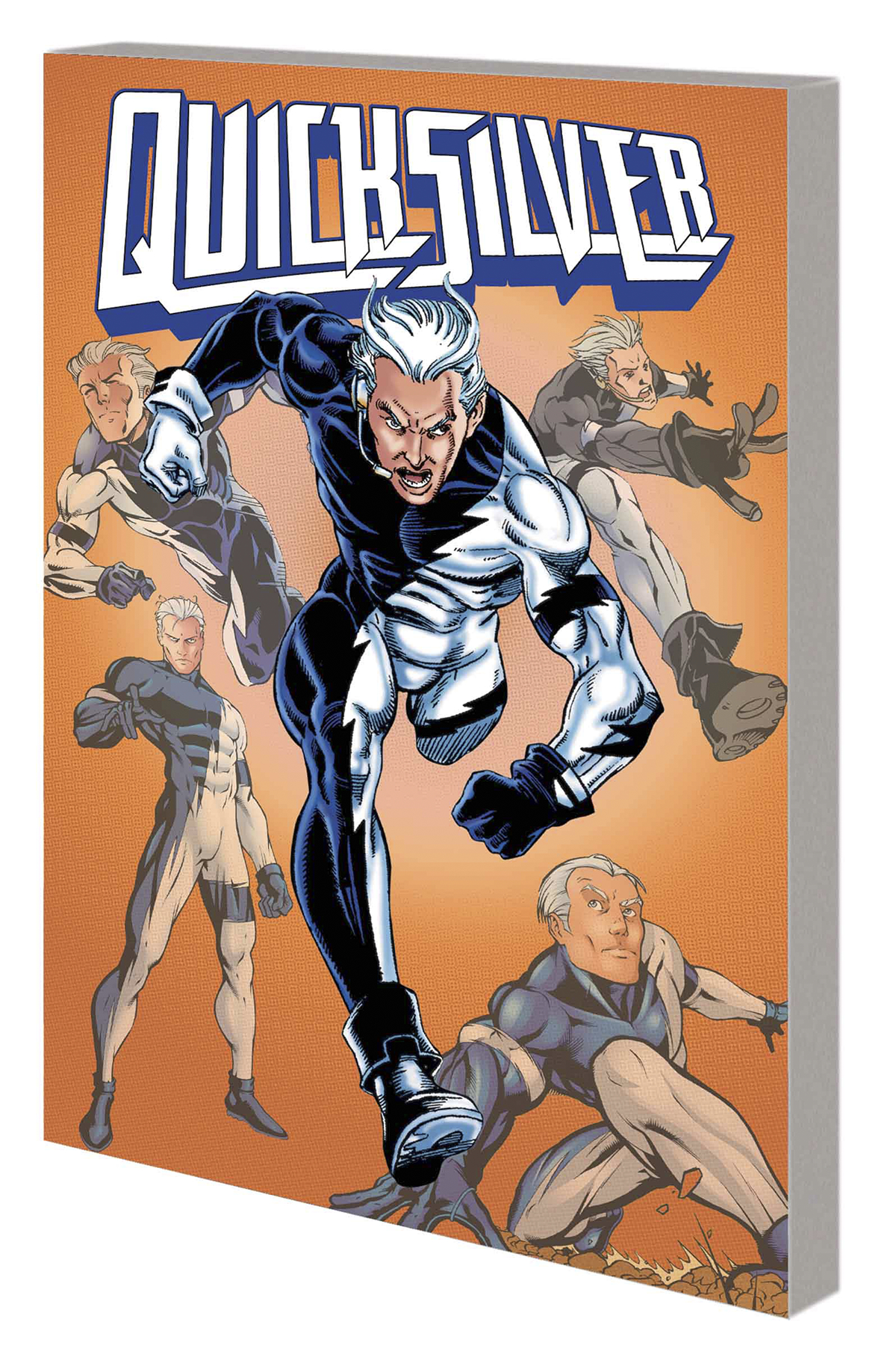 DEC140949
(W) Various (A) Various (CA) George Perez
In the wake of Onslaught, the Avenger called Quicksilver forges a new path! When Wundagore Mountain falls to Exodus and his fanatical Acolytes, the High Evolutionary puts the mercurial mutant in charge of the evolved beasts known as the Knights of Wundagore. Now, the newly honored "Sir Pietro" leads these animals-turned-New Men out into an unfamiliar world, and straight into an encounter with Thundra and Arkon! But when the heroes return - and Quicksilver is reunited with his sister, the Scarlet Witch; his ex-wife, Crystal; and the other Avengers and Inhumans - it all races to a chaotic climax and a Siege of Wundagore. Pietro joins the Heroes for Hire in final battle with Exodus, his Acolyte, and the resurgent High Evolutionary! Collecting QUICKSILVER #1-13, HEROES FOR HIRE (1997) #15-16 and HEROES FOR HIRE/QUICKSILVER ANNUAL '98.
Rated T
In Shops: Mar 11, 2015
SRP: $34.99