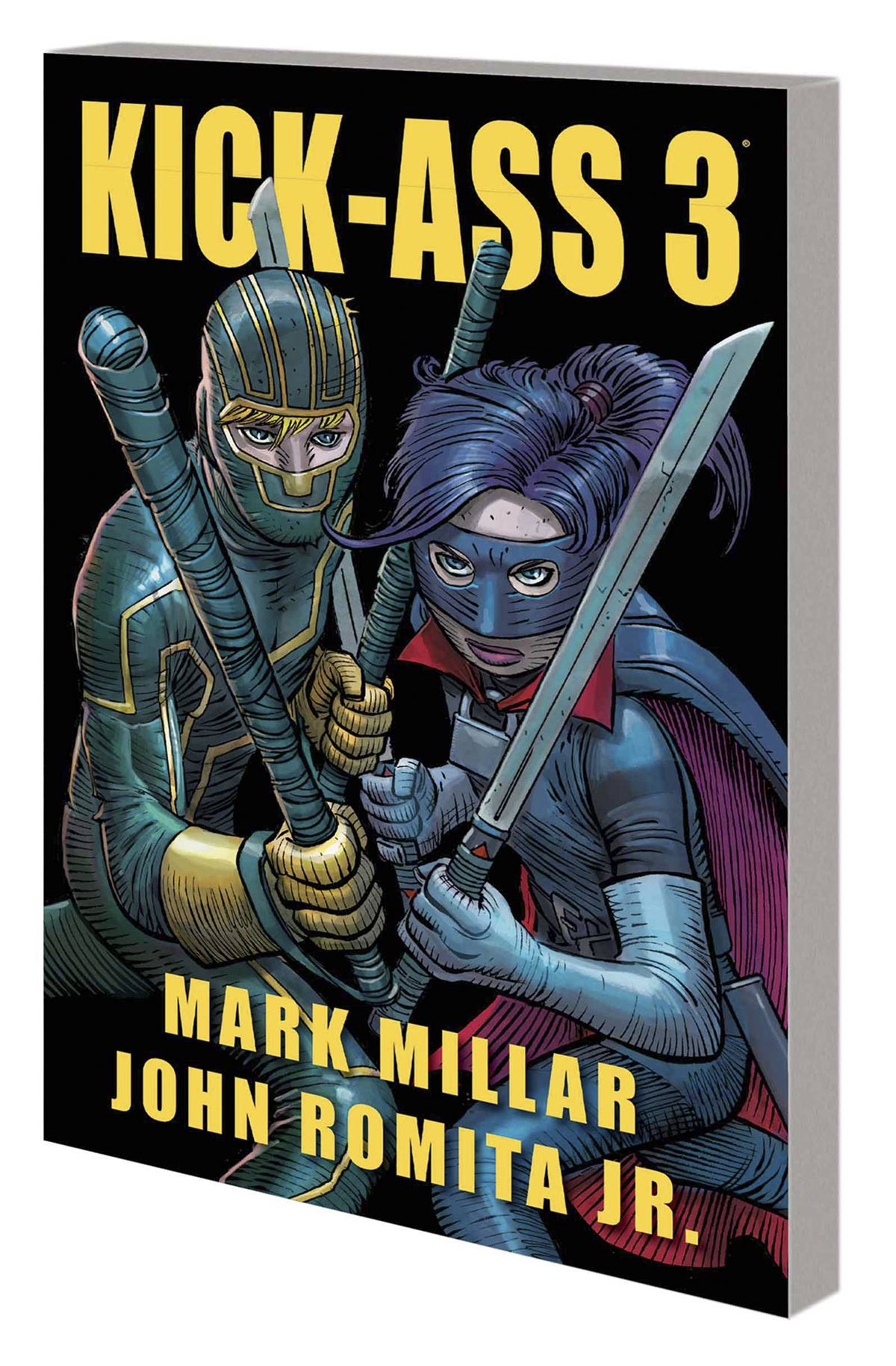 #
DEC140939
(W) Mark Millar (A/CA) John Romita Jr.
The grand finale of Mark Millar and John Romita Jr.'s blockbuster! With Hit-Girl in jail, it falls to Kick-Ass to lead the super-hero team Justice Forever. But super heroes have been outlawed, leaving Kick-Ass and to dodge both cops and some terrifying new foes! For the first time, Kick-Ass begins to doubt. Is he in too deep to get out? Meanwhile, Hit-Girl starts running all the gangs in the joint, and a broken Red Mist gets an education from a terrifying crime boss. Soon every costumed superhero is not only running from the law...they're running for their lives. As the bodycount rises, Kick-Ass must decide if bringing justice to the city is truly worth the ultimate price. Plus: The flashback you've all been waiting for - the secret origin of Hit-Girl! How does little Mindy McCready earn her assassin stripes? Find out as KICK-ASS comes to its epic conclusion! Collecting KICK-ASS 3 #1-8.
Mature
In Shops: Feb 25, 2015
SRP: $24.99
ORDER WISH LIST