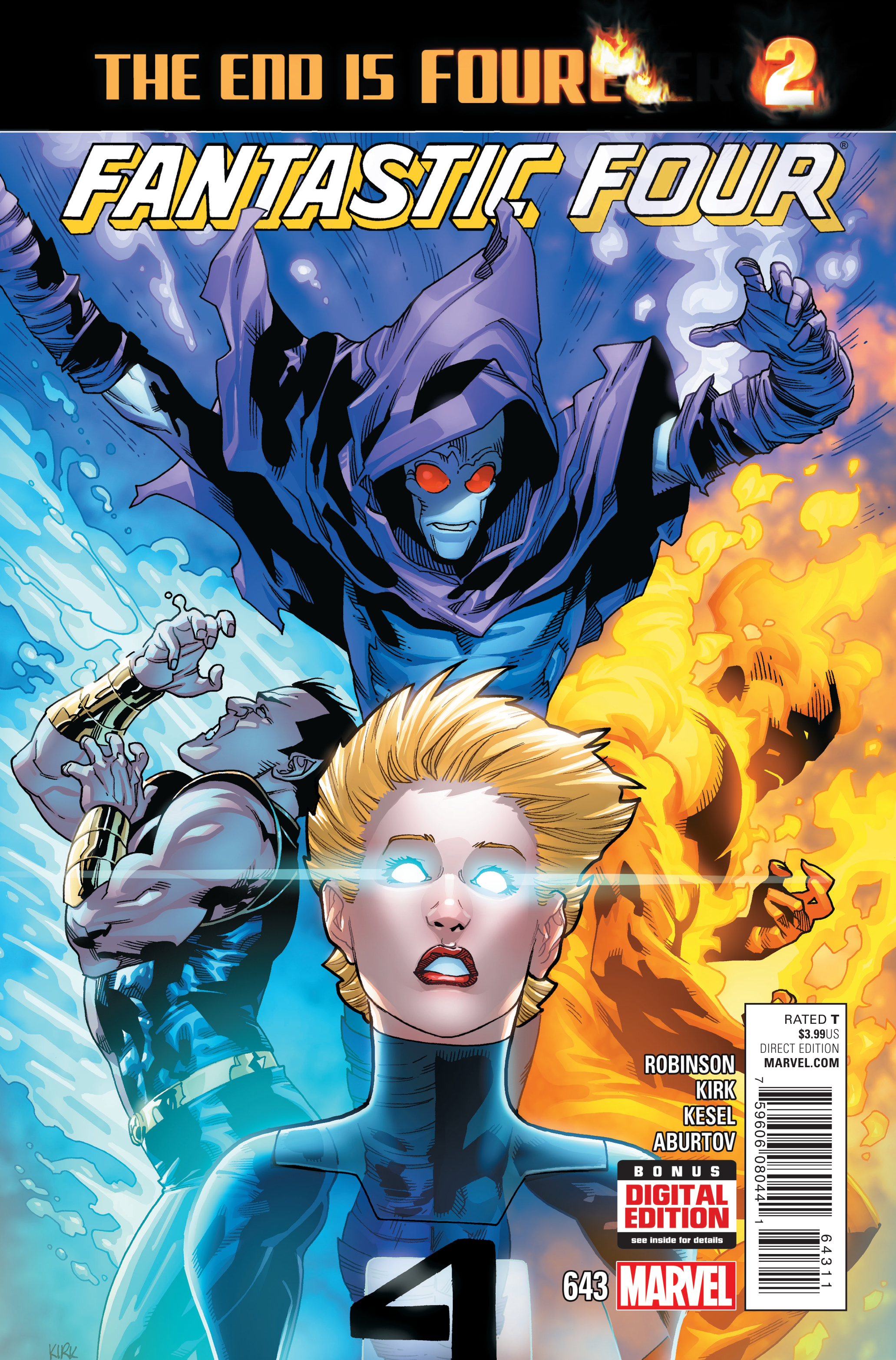 DEC140865
(W) James Robinson (A) Karl Kesel (A/CA) Leonard Kirk
THE INTERNET-WRECKING "THE END IS FOUREVER" CONTINUES
•  With the Villain's plans revealed, the invasion of Earth begins with the creatures from the FRANKLINVERSE as well as corrupted versions of the heroes from HEROES REBORN. Will THE FANTASTIC FOUR have enough power to fight them on the streets of NY?
•  Meanwhile SUE, NAMOR and JIM HAMMOND resolve into the Franklinverse to combat this threat at it source, but what they find is far more terrifying than they expected.
•  Plus the return of SLEEPWALKER.
•  And BENTLEY 23's finest hour.
Rated T+
In Shops: Feb 25, 2015
SRP: $3.99
View All Items In This Series