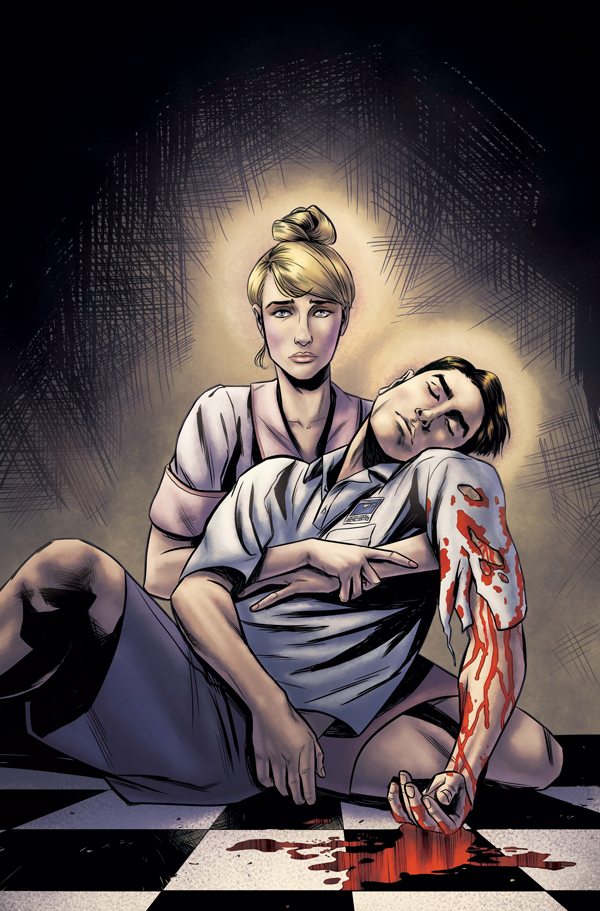 DEC140626
(W) Bryan Edward Hill, Matt Hawkins (A) Isaac Goodhart (CA) Linda Sejic
The townsfolk of Eden, Wyoming wake up to the first official murder the town has seen in 25 years. Their reaction to this isn't normal, and there's a reason for that. Eden operates as a haven for fugitive criminals who remain here while new identities, often including facial reconstruction, are created for them. There is zero tolerance for any illegal activity that might draw attention to the town and an "official murder" is the last thing they want. A single, tight-knit family runs Eden with the youngest oddball son Mark Shiffron overseeing the postal branch, the only means of shipping in or out of the city. THE FBI has repeatedly been foiled trying to insert an undercover here; they see Mark as the weak link to exploit. This murder gives them a new opportunity.
In Shops: Feb 04, 2015
SRP: $3.99
View All Items In This Series