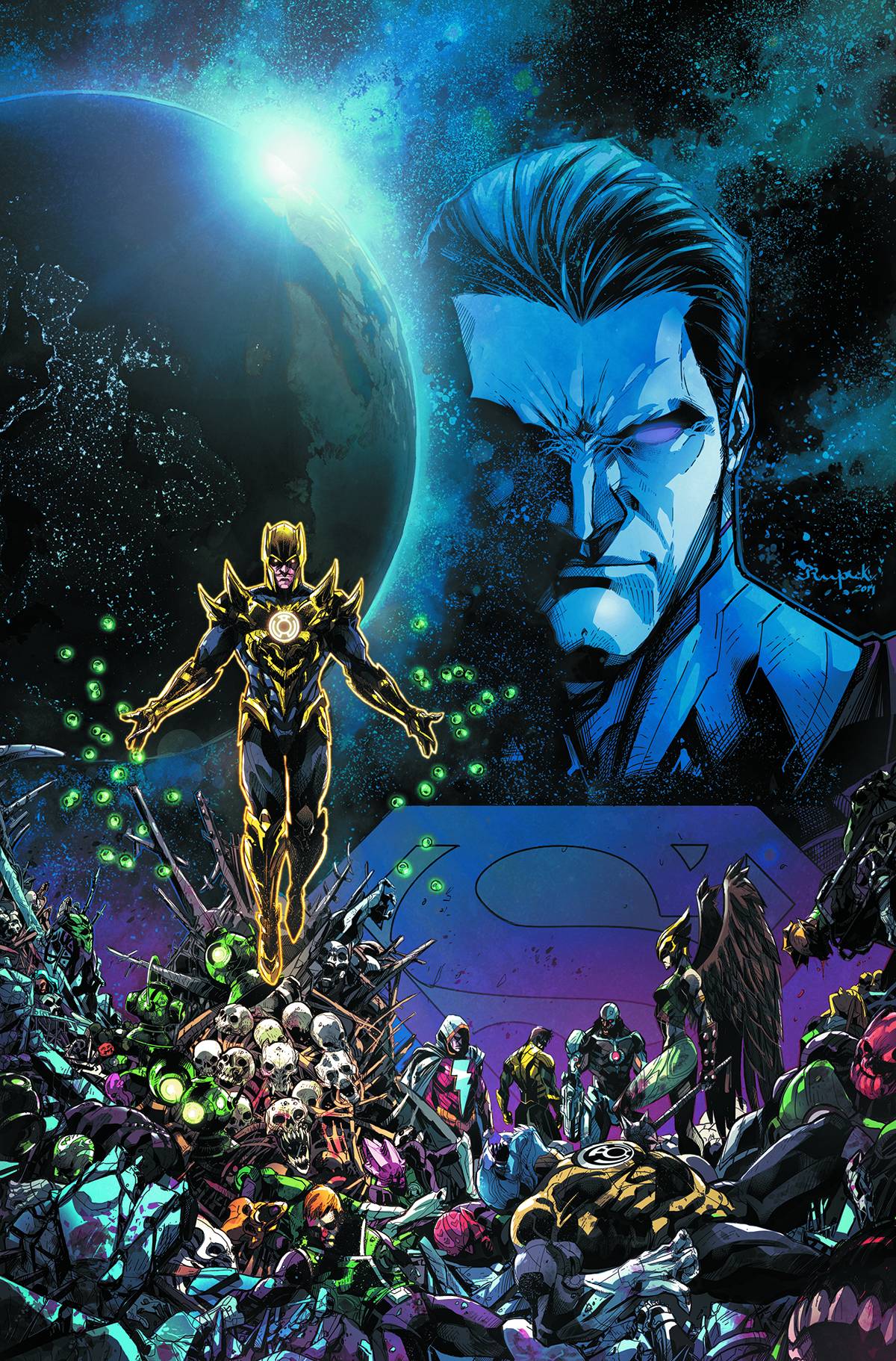 #
DEC140390
(W) Tom Taylor, Marguerite Bennett (A) Bruno Redondo, Tom Derenick, Mike S. Miller, Julien Hugonnard-Bert, Vicente Cifuentes, Daniel HDR, David Yardin, Xermanico, Juan Albarran (CA) David Lopez (A/CA) Jheremy Raapack
With Superman's reign over Earth secured, the Green Lantern Corps dispatches Kyle Rayner to investigate the situation. When he mysteriously disappears, the Guardians of the Universe are left with no choice but to remove Superman from his hard-won throne. But like all the others who have stood in Superman's way since the death of his beloved wife, the Corps has a fight on their hands that will surely shake them to the core. Collects issues #7-12 and ANNUAL #1 of the hit series!
In Shops: Apr 15, 2015
SRP: $22.99
View All Items In This Series
ORDER WISH LIST