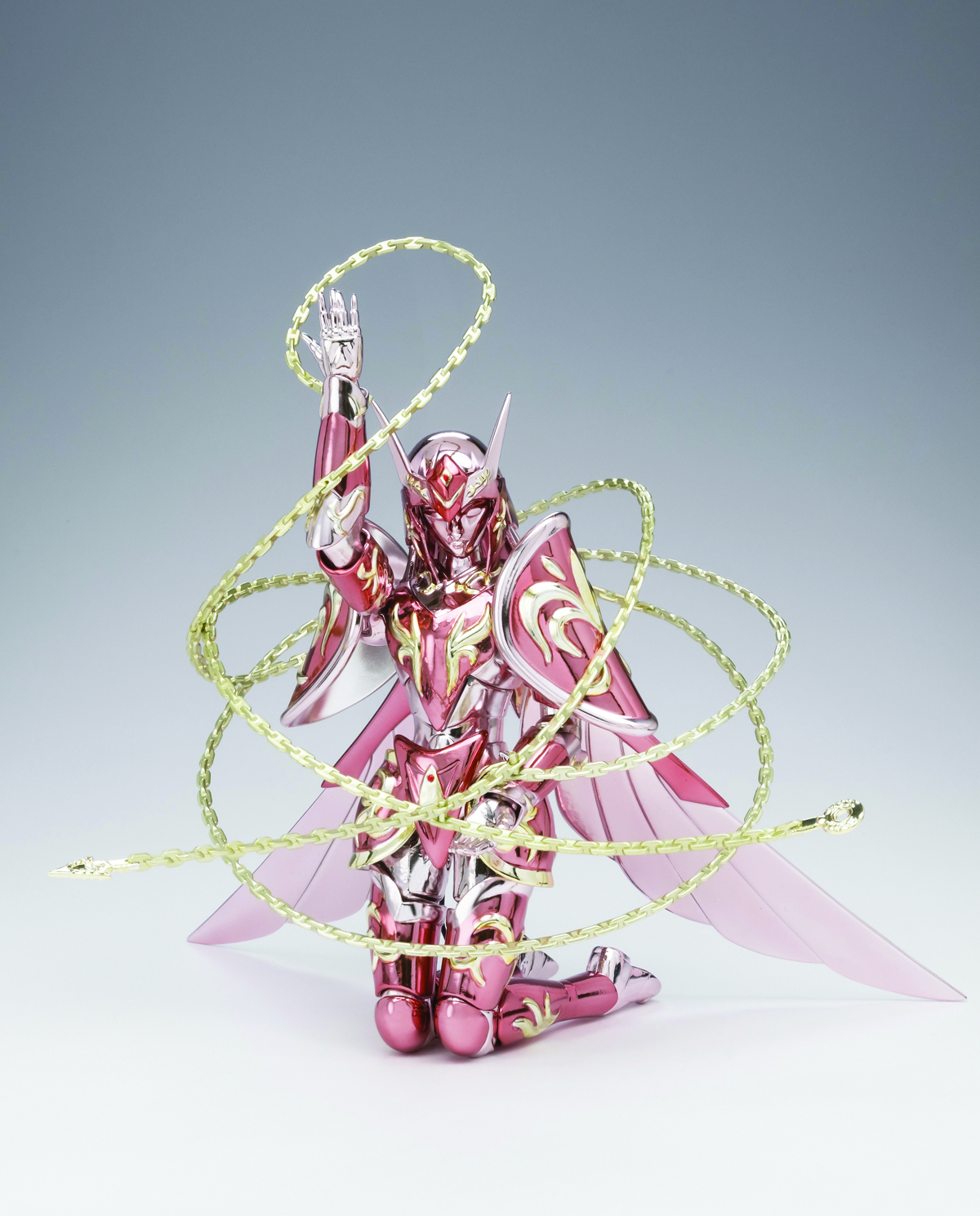 DEC132086
From Tamashii Nations! The Saint Cloth Myth series was launched in 2003, and since then over 7 million Saint Cloth Myth deluxe action figure sets have been sold around the world. Tamashii Nations celebrates the 10th-anniversary of the Saint Cloth Myth series with a very special rerelease of the 5 God Cloth titles. The fourth commemorative title will be Andromeda Shun. This special commemorative set will feature an entirely new color scheme, as well as all new screaming facial expression parts for realistic portrayal of the iconic Elysian scene. This deluxe set features a full array of interchangeable hand parts as well as additional cloth armor ports for assembly of Andromeda object. The figure stands 6 1/4" tall. Closed box packaging.