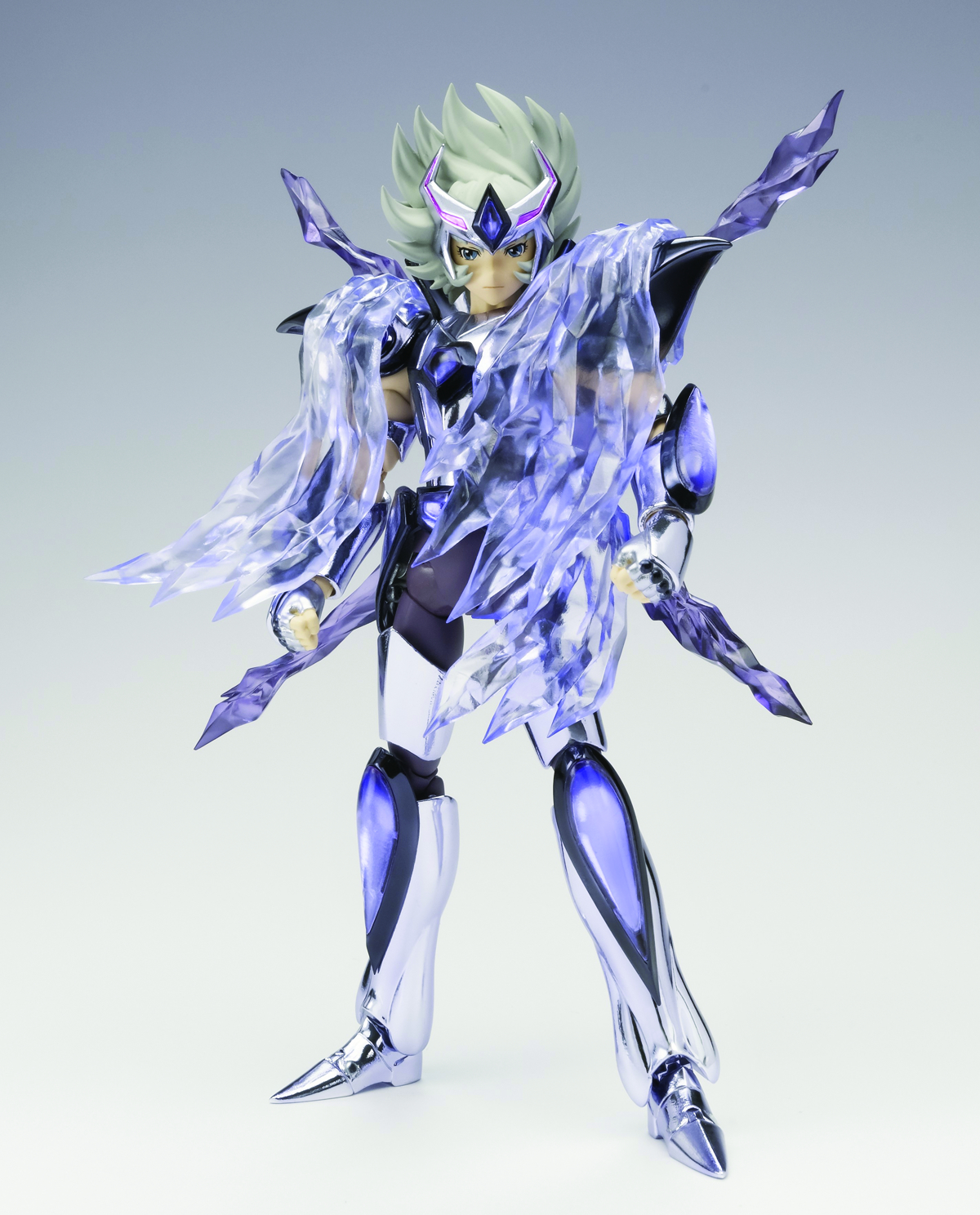 DEC132085
From Tamashii Nations! Following the Saint Cloth Myth release of Pegasus Kouga will be a second title from the Saint Seiya Omega anime; introducing Saint Cloth Myth Orion Eden. This figure will feature diecast armor parts that can be re-assembled into the character's Orion Object. Orion Eden's veil has been replicated with clear parts for added realism and interchangeable parts to allow for portrayal of character with out his mask. The figure stands 6 1/4" tall. Window box packaging.