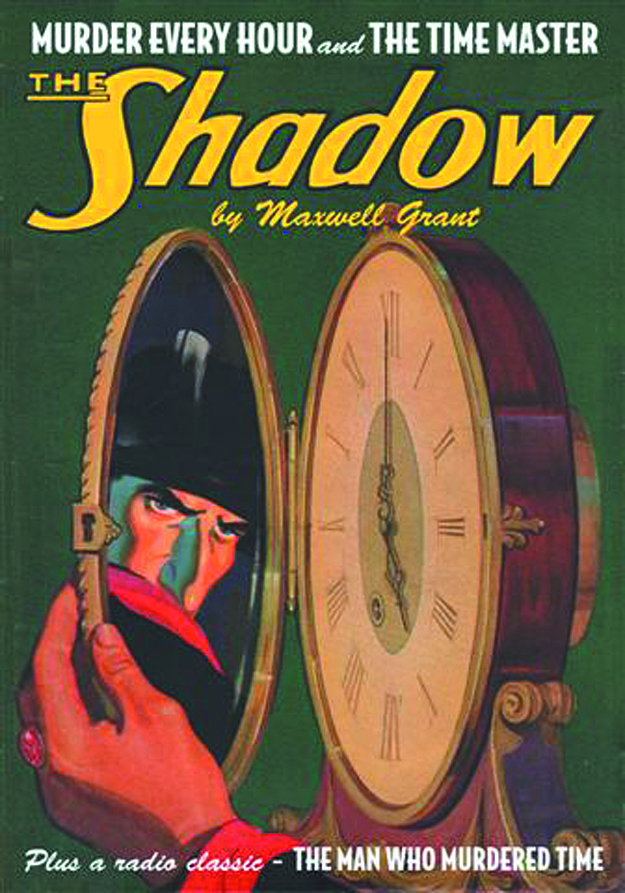 DEC131431
(W) Maxwell Grant, Walter B. Gibson, Will Murray, Anthony Tollin (A) Tom Lovell, Earl Mayan (CA) Graves Gladney, George Rozen
The Master of Darkness proves that crime does not pay in two classic pulp novels by Walter Gibson! First, "Murder Every Hour" follows each time a murderer is caught - until it's finally time for The Shadow to ring in the midnight hour! Then, super-crimes are perpetrated with split-second precision by the minions of "The Time Master." Plus, the entire world will endlessly relive the same day's events unless The Shadow can reverse the incredible plot of "The Man Who Murdered Time" in a bizarre New Year's thriller from the Golden Age of Radio!
In Shops: Feb 12, 2014
SRP: $14.95
View All Items In This Series
ORDER SUBSCRIBE WISH LIST