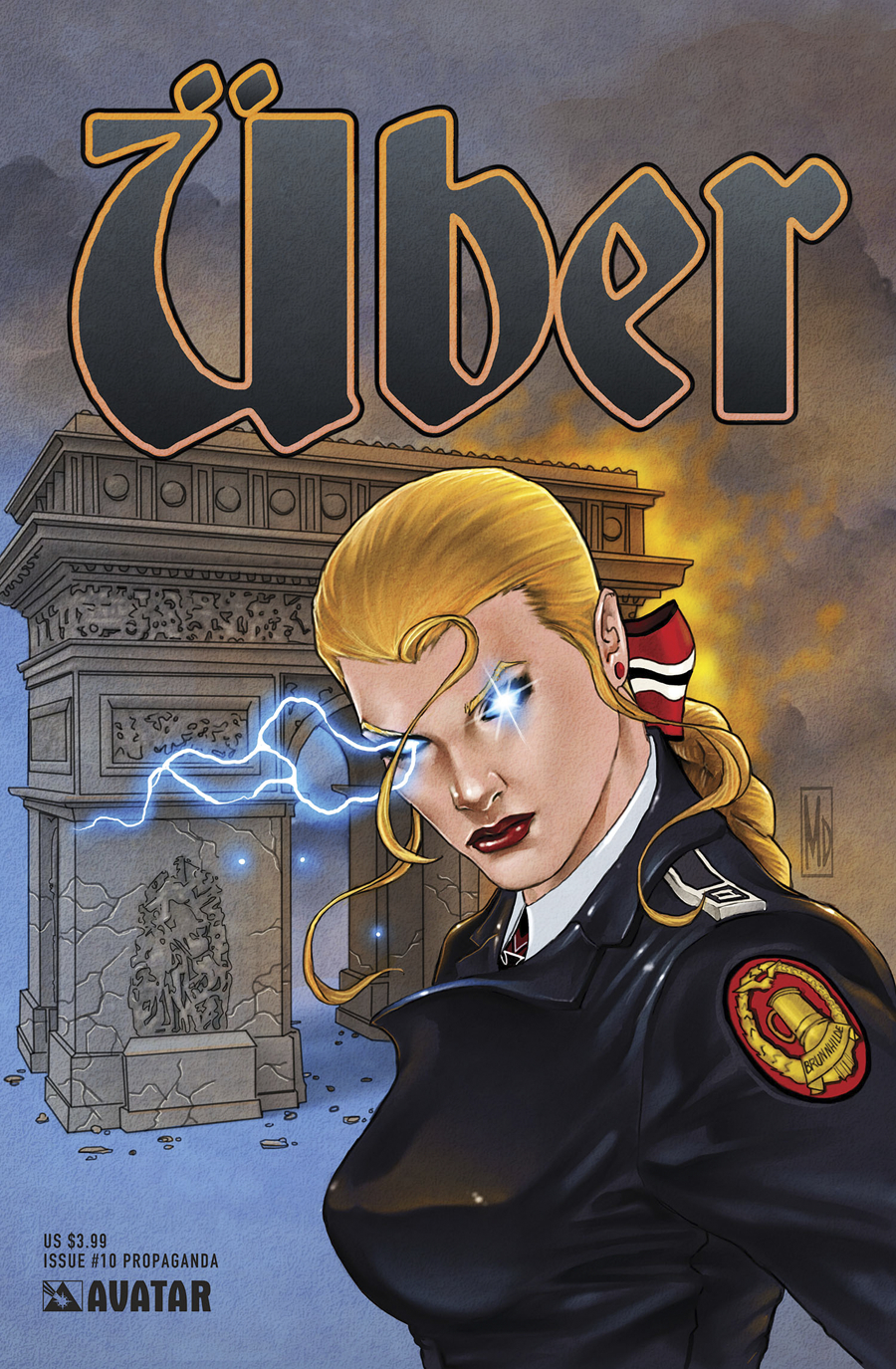 DEC130939
(W) Kieron Gillen (A) Canaan White (CA) Michael DiPascale
The Americans have their Battleship Enhanced Human as Razor becomes something more than he ever imagined.  But this scarred young man isn't even old enough to drink, much less face the horrors of Hitler's heavy hitters.  Meanwhile, the Pacific Theatre is irrevocably altered as the Japanese Ubers stretch their destructive capabilities outward upon a naval opponent that is unable to counter them.  Worse yet,  no one expects Hitler's master stroke that is about the be unveiled....  See the new face of World War II in this smash hit series. Available with Regular or Wraparound cover by Caanan White, Propaganda Poster cover by Michael Dipascale, and a special Blitzkrieg Incentive cover by Caanan White
In Shops: Mar 12, 2014
SRP: $3.99
View All Items In This Series
ORDER WISH LIST