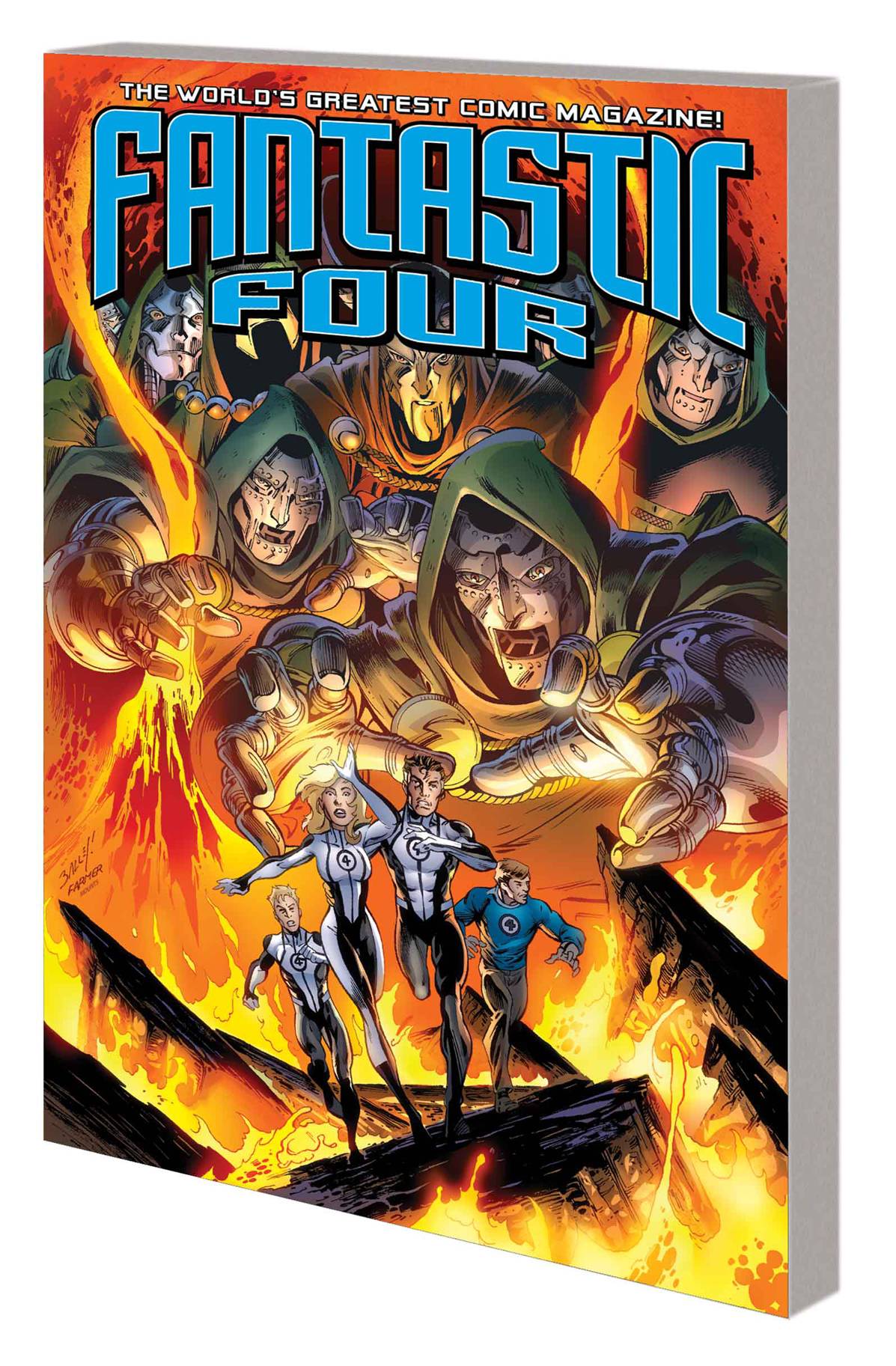 #
DEC130781
(W) Matt Fraction, Christopher Sebela, Karl Kesel (A/CA) Mark Bagley
The Fantastic Four cross time and space to deal with the Council of Dooms, but Mr. Fantastic's sickness has spread to the others - and someone may be behind this plague! The team must mastermind a planetary heist for technology that could save their lives, but they soon find themselves trapped in a desolate universe with a cosmic, power-mad Dr. Doom! Marvel's First Family struggles to stop the molecular plague, but standing between them and the cure is the Frightful Force - an army of their greatest foes led by one of the F4's own! Meanwhile, Dr. Doom, Kang and Annihilus come to an ominous agreement - and to survive, Reed and Sue make a fateful decision that will change the lives of the whole family! Could this be the end of the Fantastic Four? Collecting FANTASTIC FOUR (2012) #9-16.
In Shops: Mar 12, 2014
SRP: $24.99
View All Items In This Series
ORDER WISH LIST