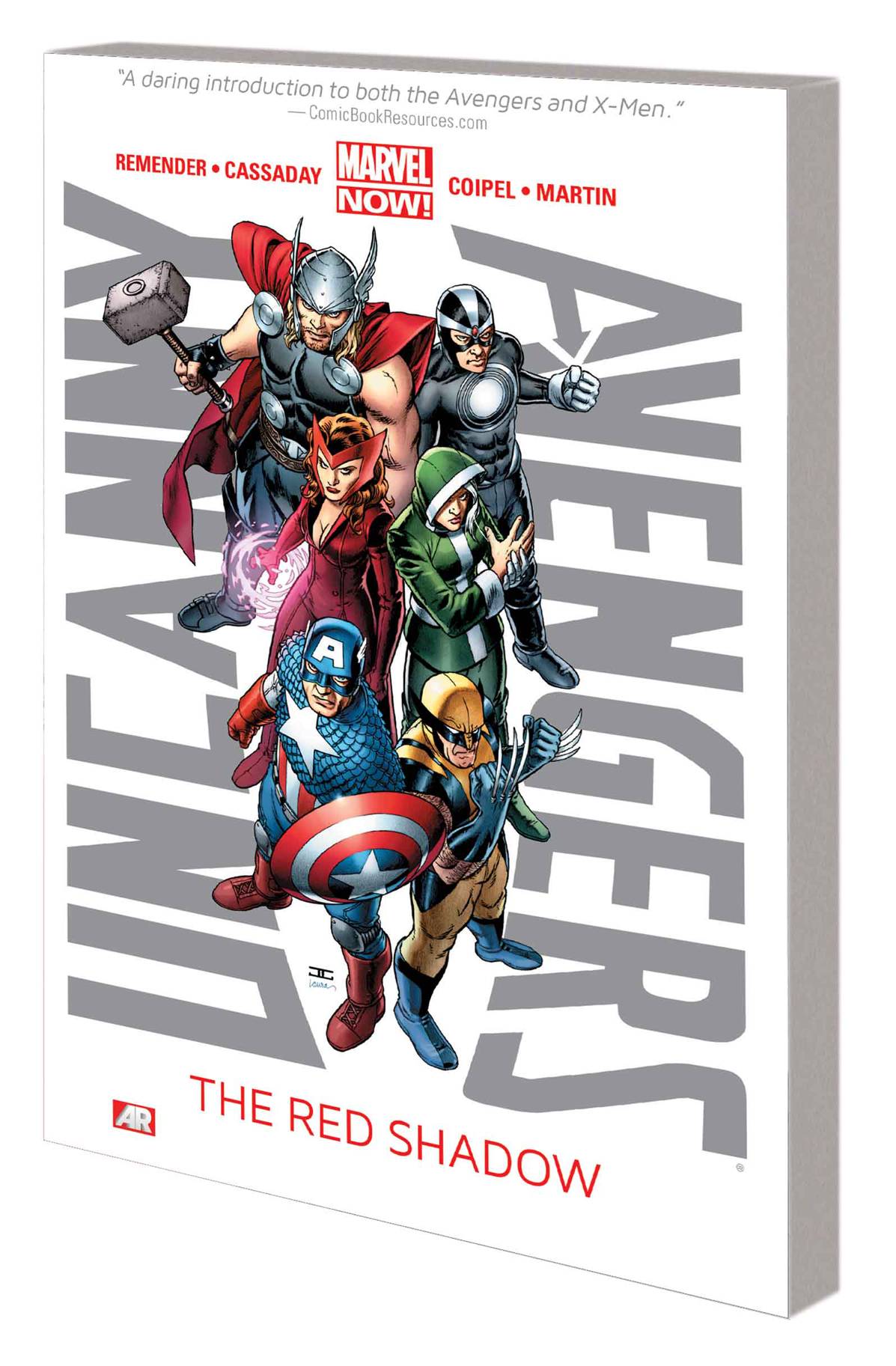 #
DEC130776
(W) Rick Remender (A) Olivier Coipel (A/CA) John Cassaday
The Marvel Universe's greatest era starts here! In the wake of Professor X's funeral, Captain America creates a new Avengers unit comprised of Avengers and X-Men, humans and mutants working together. But the Red Skull has returned - straight out of the 1940s - and he wants to destroy all mutants! What gruesome weapon has given him dangerous new powers? Rogue and Scarlet Witch face off against the Red Skull's S-Men, Wolverine and Captain America investigate the worldwide mutant assassination epidemic, and Havok and Thor battle the spreading influence of Honest John, the Living Propaganda! And when Avenger defects, the rest must face the terrible might of the Omega Skull! Plus: Wonder Man, Wasp and Sunfire join the team - just in time for the Grim Reaper's revenge! Uncanny Avengers Assemble! Collecting UNCANNY AVENGERS #1-5.
In Shops: Feb 26, 2014
SRP: $19.99
View All Items In This Series