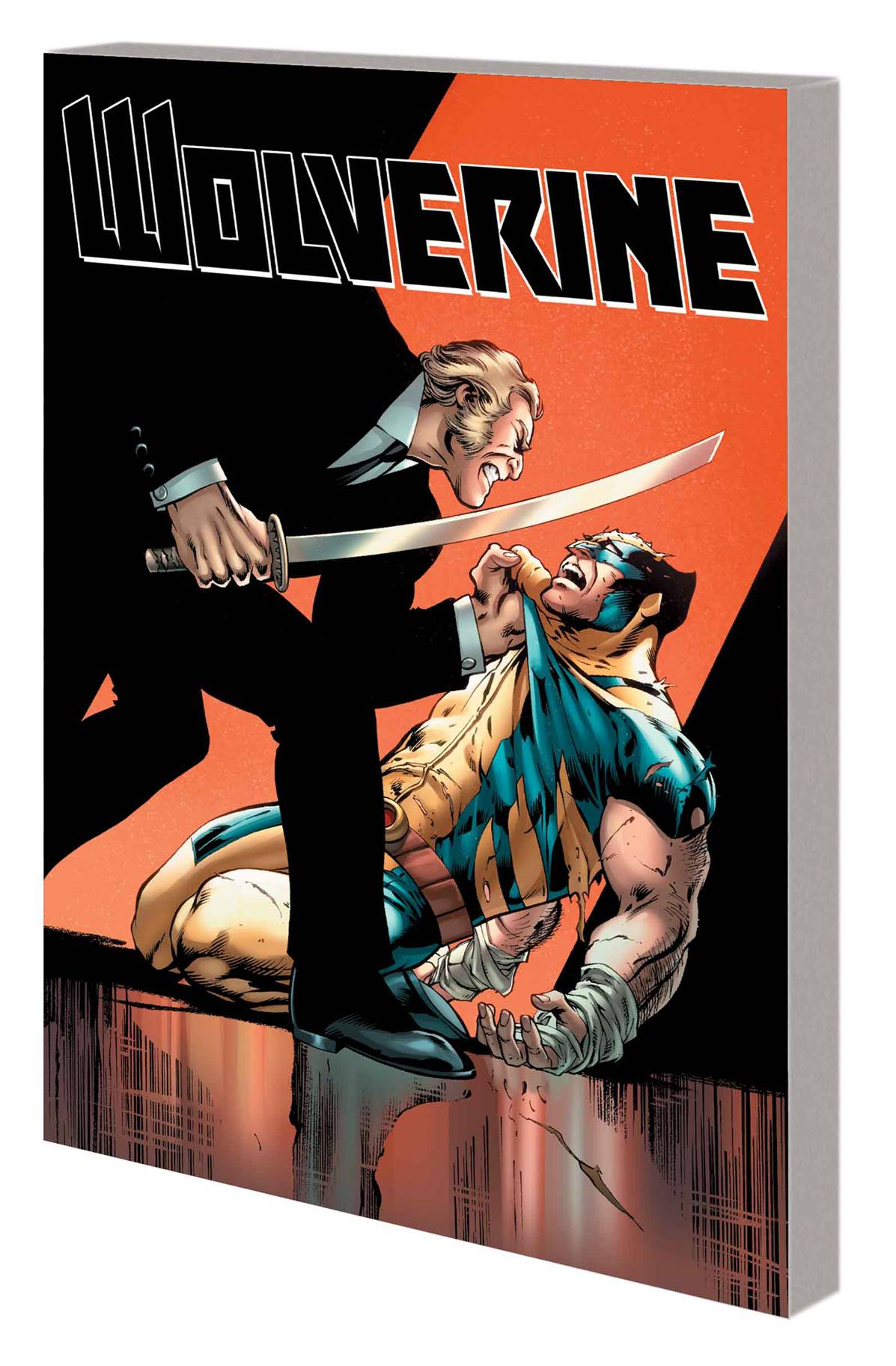 #
DEC130775
(W) Paul Cornell (A) Mirco Pierfederici (A/CA) Alan Davis
The biggest Wolverine event in years! After losing his healing factor, Logan must adjust to a very different reality - and villains and mercenaries begin popping out of the woodwork to try to take him down. A cure may have been found - but it's in Wakanda, where he's not welcome. As the noose tightens, Wolverine and Kitty Pryde travel to the former Howlett estate, but more than bittersweet memories await in the place Logan once called home! With the world on the brink of viral apocalypse, Logan and Kitty battle Lord Deathstrike, Silver Samurai and the Thirteen Ninjas of Sabretooth's Hand! And when the mastermind behind it all is revealed, it leads to a moment that will change the face of Wolverine - forever! Guest-starring Nick Fury, S.H.I.E.L.D., Storm, Beast, Black Panther and more! Collecting WOLVERINE (2013) #7-13.
In Shops: Mar 12, 2014
SRP: $19.99
View All Items In This Series
ORDER WISH LIST