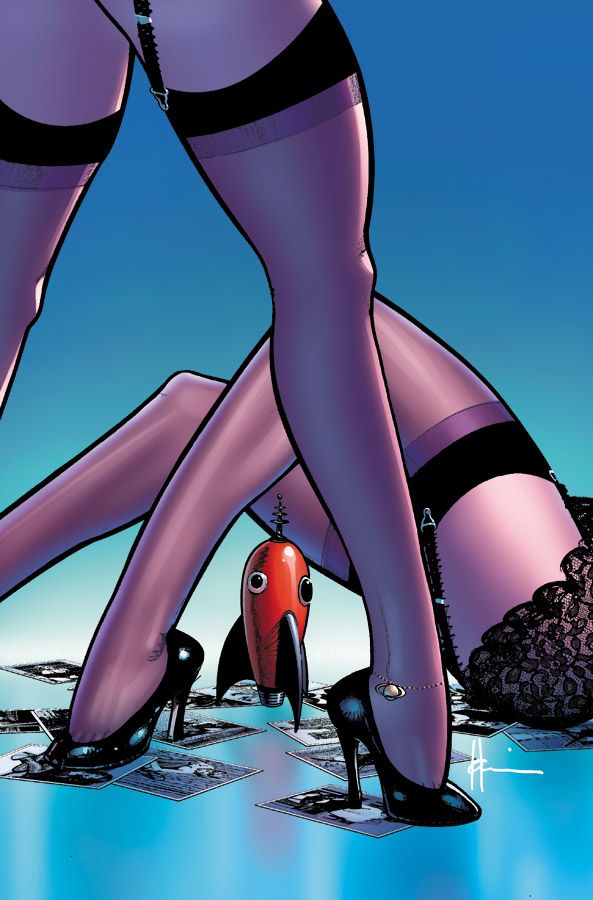 DEC130591
(W) Matt Fraction (A/CA) Howard Chaykin
VOLUME TWO of SATELLITE SAM starts HERE: The son of the slain star of SATELLITE SAM steps into his father's shoes in more ways than one while falling into bed with any woman that'll have him. One of the stars of the show with a dubious past finds herself in the media spotlight-and trouble with the law. All while a sex and blackmail scandal threatens to envelop the show and the nascent LeMonde Television Network-unless someone stands up and saves the day.