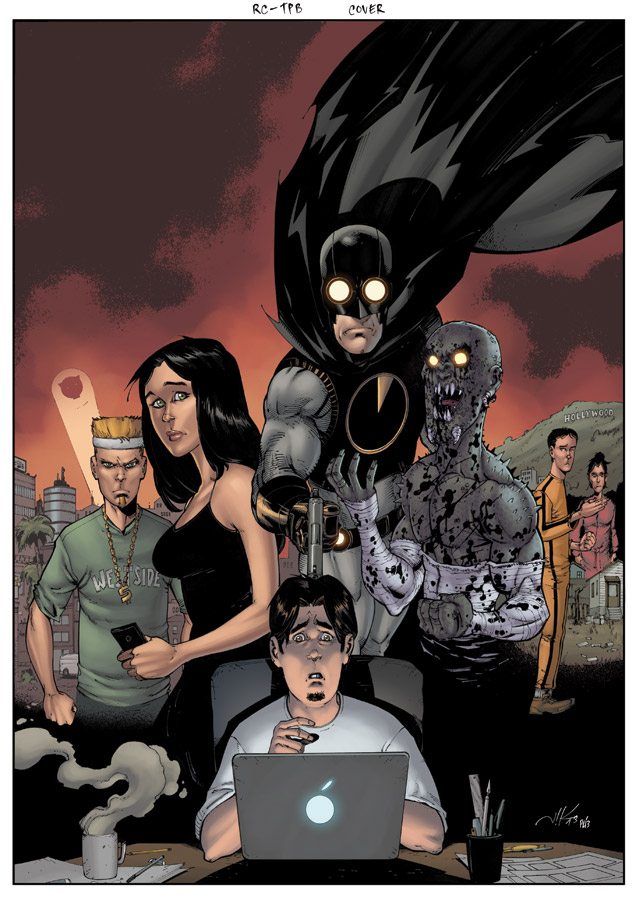 DEC130526
(W) Glen Brunswick (A/CA) Viktor Bogdanovic
Willard Penn, a struggling artist, scores an unlikely hit with his new comic. After an unexpected sell-out, the book's hero shows up in the real world, appearing outside Willard's window, and refuses to return to the comic until he finds true love. Exasperated, Willard is forced to help the lovesick hero meet the perfect woman. He needs to hurry, because a homicidal maniac has escaped from his comic and entered the real world as well.