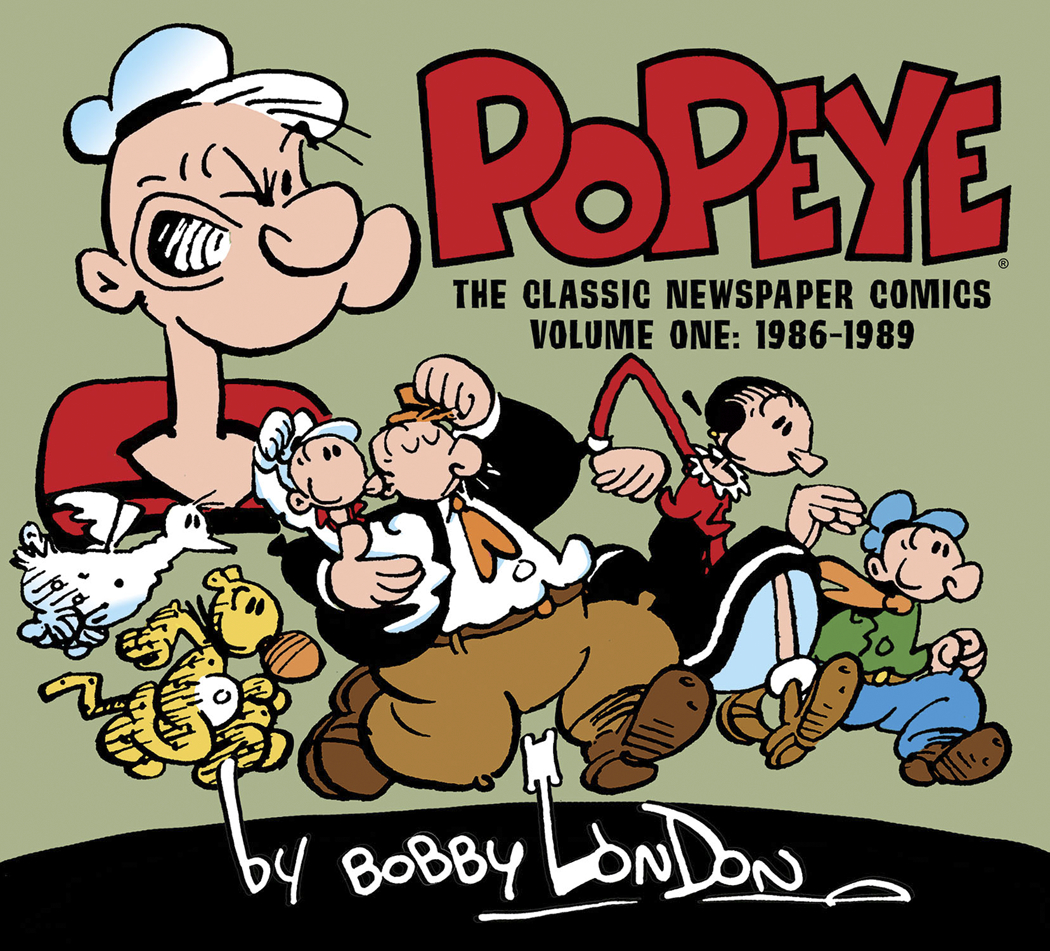 DEC130480
(W) Bobby London (A/CA) Bobby London
Famed Dirty Duck and Air Pirates cartoonist Bobby London's more than six-year run on the Popeye newspaper strip has been hailed both as a unique original creation and as an homage to Elzie Segar's larger Thimble Theatre vision. "Segar was the seminal influence in my career," the cartoonist said. London updated the strip to reflect current pop culture and also brought back the extended story format favored by Segar. London gives us new yet familiar versions of Popeye, Olive Oyl, Swee' Pea, and Wimpy, as well as Popeye's Pappy, Olive's brother Castor, Eugene the Jeep, Bernice the Whiffle Hen, the menacing Sea Hag, Alice the Goon, and more!
In Shops: Mar 26, 2014
SRP: $39.99
View All Items In This Series
ORDER WISH LIST