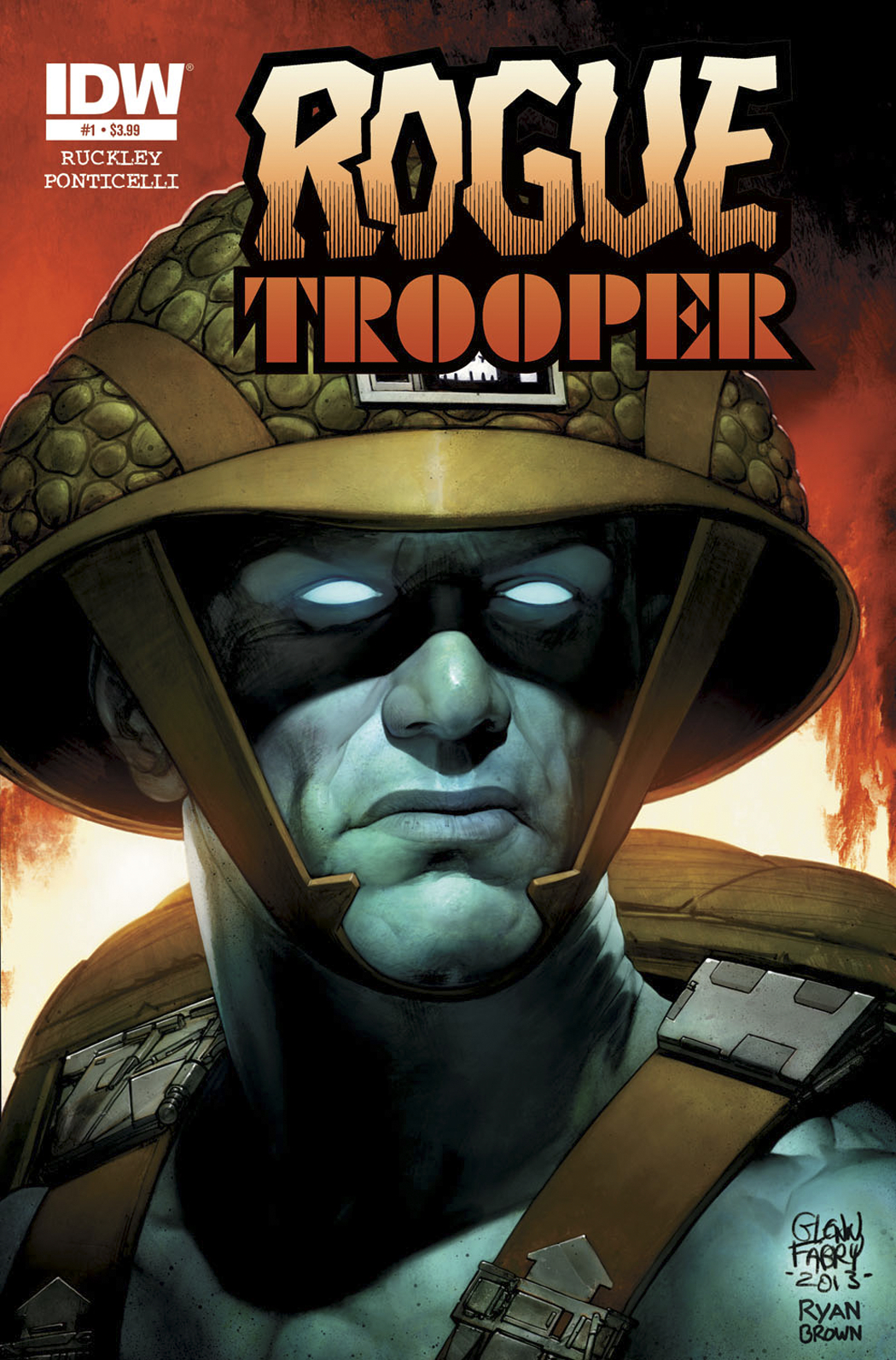 DEC130388
(W) Brian Ruckley (A) Alberto Ponticelli (CA) Glenn Fabry
Nu-Earth, just another planet ravaged by a galaxy-wide war, its atmosphere poisoned by chemical weapons. Created to fight in such conditions were the G.I.s - genetically engineered infantrymen. But now only one remains, the man known as... Rogue Trooper. IDW is proud to re-introduce Rogue Trooper in this all-new series!
In Shops: Mar 05, 2014
SRP: $3.99
View All Items In This Series
ORDER WISH LIST