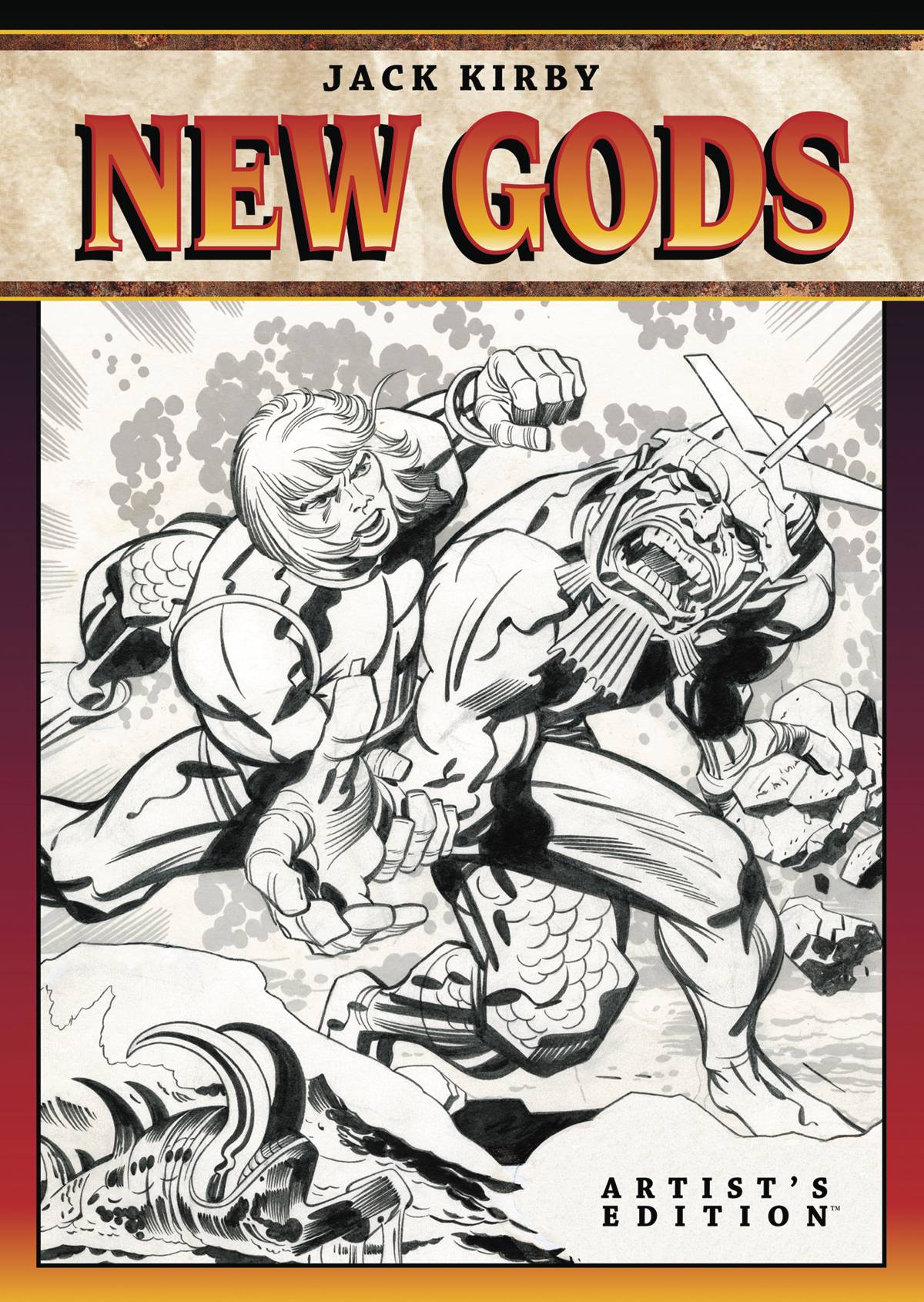 # #
DEC130371
(W) Jack Kirby (A/CA) Jack Kirby
Jack Kirby's New Gods Artist's Edition will collect Issues 2, 5, 6, 7, and 8 of NEW GODS-the most important Fourth World book. Written and drawn by Jack Kirby, with inks by Mike Royer on all but one issue, this classic collection was originally published by DC Comics and is the very first Artist's Edition to feature the legendary artistic prowess of "King Kirby!" Nearly every page of this Artist's Edition has been scanned from the original art, and is presented in the multi award-winning format that was conceived and first presented by IDW Publishing!
Jack Kirby has correctly been called the King of Comics. In a career that began in the Golden Age of Comics, Kirby virtually kick-started the medium. He created (or co-created): Captain America, Manhunter, The Newsboy Legion, The Fantastic Four, Challengers of the Unknown, The X-Men, The Incredible Hulk... the list goes on and on. Now, for the first time ever, you can see Jack Kirby's stunning originals in all their full-sized glory-You think you've seen Jack Kirby's art before? You ain't seen nothing yet!
In Shops: May 14, 2014
SRP: PI
ORDER WISH LIST